To share your memory on the wall of Louis Papia, sign in using one of the following options:

Print
Of Waltham, passed away peacefully Sunday morning February 21st, 2021 after a long illness at the age of 72.

Born on October 24, 1948 in Newton; beloved son of the late Charles Papia and Rose A. (Arcuri) Papia. Lou has been a lifelong r... Read More
Of Waltham, passed away peacefully Sunday morning February 21st, 2021 after a long illness at the age of 72.

Born on October 24, 1948 in Newton; beloved son of the late Charles Papia and Rose A. (Arcuri) Papia. Lou has been a lifelong resident of Waltham.

Lou attended Waltham High Vocational School; and had been employed as an Auto Mechanic throughout his life.

He loved motorcycles and had a passion for riding anywhere and everywhere on his own Harley. He also enjoyed going Deer hunting as well.

Lou had been a longtime member of the Sons of Italy Dante Algheri Lodge in Waltham and the Joseph F. Hill American Legion Post #156 in Waltham.

His family and his friends were always first and foremost; he cherished the time spent with everyone; especially his grandchildren. He had a special way about him that attracted friends from all over. He will be deeply missed by those who had the privilege to call him a friend.

For the safety of those we love and care about during this difficult time; and for those who wish to pay their respects to Louis and his family can do so in accordance with CDC, Federal, State and Local guidelines during Visiting Hours prior to the services on Monday from 4:00 – 6:00 p.m. A Funeral Service in celebration of Lou's life will follow at 6:00 p.m. Due to the on-going pandemic, we ask that friends please be mindful and respectful of current limitations in regard to social gatherings.

In lieu of flowers expressions of sympathy may be made in his memory to the National Kidney Foundation, 209 W Central St, Natick, MA 01760.

For those who wish to pay their final respects, but are unable to attend, please be sure to sign the guestbook at www.BrascoFuneralHome.com.
Read Less

To send flowers to the family or plant a tree in memory of Louis J. "Lou" Papia, please visit our Heartfelt Sympathies Store.

With Love, Ron, April and Tori Vance, Love The Medugno Family, and other have sent flowers to the family of Louis J. "Lou" Papia.
Show you care by sending flowers

Posted Mar 01, 2021 at 10:43am
My deepest condolences to the Papia family
Lisa i’m always there in your hour of need. May you be comforted in knowing that dad no longer suffers. May his soul rest in peace.
Lou will be missed by many. Thanks for the great memories my friend .Ride free

Posted Feb 28, 2021 at 04:59pm
Charlie and the entire Papia family, our heartfelt condolences. Lou was one of a kind for sure. He is at peace and hopefully all of you are too. Prayers and love to all.
Comment Share
Share via:

Posted Feb 28, 2021 at 04:58pm
Dear Papia family I m so very sorry for your lost i new Louie all my life and was a good friend of Louie growing up and most of my adult life Ihave some great memories of my friend Louie and his brothers were close with my whole family.I.LL prayerfor his soul. may god give you peace in your time of sorrow.
Comment Share
Share via:
WV

I was surprised and saddened to hear of Louie's passing. We were friends and some how lost touch many years ago. My condolences to his great family. 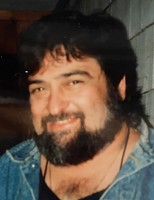