To share your memory on the wall of John Santolucito, sign in using one of the following options:

John was the owner operator of a number of small businesses throughout his life, most notably Tamarack Contracting, a company that began as a landscaping and tree maintenance business and became a wallpaper hanging and interior contracting service over time. The Tamarack tree is a hearty and strong tree which thrives in the Northeastern parts of the United States and most of Canada. It needs to stand alone and be the dominant species in the area, providing protection and care to all that lived under its canopy. It's timber is strong yet flexible, making it excellent for building a sturdy frame, and it's bark has been used to treat many pains, infections and ailments throughout history. John named his company Tamarack Contracting back in the early 80's not knowing what a poignant symbol this tree would be for his life.

John loved to take care of others, being of service gave him joy and a sense of purpose. Whether he was painting or hanging paper, tending to the grass or building something from scratch, he was a perfectionist. He put as much effort into prepping a job as he did putting on the finishing touches - the quality of his work was in the details, he never cut corners. His work ethic, generosity and perfectionism was passed down from his father, Larry, and served him very well.

John was successfully self employed his whole life, and enjoyed a strong reputation for quality, reliability and integrity. He had many loyal customers whom he talked about fondly and considered friends. John was known for his booming voice, and infectious laugh. He had a wonderful sense of humor and loved lighthearted banter.

He was a member of the Waltham High School class of 1973, and began working for himself immediately upon graduation. He was so incredibly intelligent about so many subjects. He had a mind for engineering and could construct anything from scratch, he loved learning about history, politics, cooking and music. Twenty years ago John was the third of his brothers to be diagnosed with Nasopharyngeal Carcinoma, and beat it with aggressive treatment, and eventually went into successful remission. Unfortunately, the radiation had a number of side effects that created a cascade of complications over time.

In 2017 he was forced to retire due to his health. Despite the health challenges, John was overwhelmed with love and pride for his two grandsons in his final years, making every attempt to visit them in Canada and spoil them from afar. He could often be found watching and laughing at their antics on his phone. Despite the distance, he cultivated a very loving and close relationship with them. He was also so proud of his son, Justin, who is following in his footsteps and owns a successful construction company of his own.

He passed away knowing both of his children were living happy lives and had heeded all of the valuable lessons he had so diligently tried to teach them through the years. Last but certainly not least, John shared a close special bond with his mother, who he took care of as best as she could right up until the end. He was so proud to be by her side day to day. If his body would have let him stay, he would have wanted to spare her this loss with everything he had. He touched so many peoples lives, his passing will be felt far and wide.

Out of genuine concern for those we love and care deeply about during this difficult time throughout the world and in our community funeral services due to Covid-19, will be held at a later date to be decided.

In lieu of flowers, donations may be made to The Massachusetts General Center for Cancer Research www.giving.massgeneral.org
Read Less

There are no events scheduled. You can still show your support by sending flowers directly to the family, or planting a memorial tree in memory of John L. Santolucito.
Plant a Tree

Plant a Tree in Memory of John
Plant a tree
0 trees have been planted in memory of John L. Santolucito
AF

Posted Jul 27, 2020 at 02:50pm
John and I met as young teens. We became best friends instantly. We would spend summer nights walking, talking for hours about a variety of topics. That we continued throughout the years.
He was kind, funny, smart, accomplished, just such a decent human being. We remained close friends until about 10 year ago when several of my family members got sick and died, I too developed cancer so life got very chaotic.
When John was diagnosed we were close and I marveled at his spirit throughout grueling treatment.
I only learned of his death today because he's been so much on my mind , in my heart I wanted to reach out .thus I set out to find his phone # and instead found the tragic news of his passing.
I know how much he loved and cared for his mother, had immense compassion for the loss of her first two sons to awful cancer.
John was an exemplary model for the verb love. Love is shown in deed. And John demonstrated love , by deed, in spades.
To his mother, children, family, I am so sorrowful for your loss.
I will never forget John. Never ever has he been far , Loved him from nearly the day we met.
I'm just so sorry I let time between us fall away.
John, my old friend, you will not be forgotten, holding you in my heart, thoughts, prays always.
Love,
Antoinette
Comment Share
Share via:
PM

Posted Jul 03, 2020 at 11:52am
John was one of the nicest people you would ever want to meet...always a great conversationalist,i first met John while working at Shoppers Cafe,and he could carry on an educated,informed talk about anything...so sad to hear of his passing....Paul (Zig) Marino
Comment Share
Share via:
D

Posted Jun 25, 2020 at 02:56pm
John was always a gentleman, kind, witty and just an all around good person. I'm sad to hear of John's passing, although I knew he'd been through a lot over the years.
We shared a birthday and not a year passed when he didn't reach out to wish me a happy birthday, and visa versa
Heaven got a good one.
Rest in Peace my friend !
Cherish !
Comment Share
Share via:
AF

Posted Jun 21, 2020 at 03:08pm
John was a gentleman. in a life time ago we would talk and he was just a genuine person, period. and the quality he put in to all his work... we all need a little more of that today. rest NOW.
Comment Share
Share via:

Happy Heavenly Fathers Day and thank you for loving our children and our grandchildren so much. ~C 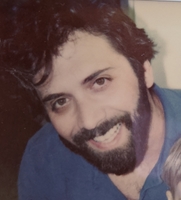 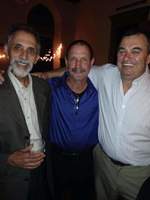 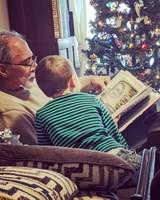 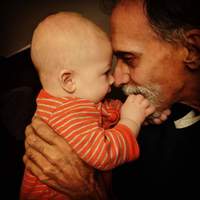