To share your memory on the wall of Max Bernadeau, sign in using one of the following options:

Print
Max Bernadeau known to many as Sonson

Of Waltham, entered eternal rest & peace in the loving arms of his God on Wednesday evening June 10th, 2020 on what would have been his 69th birthday, in Seasons Hospice and Palliative Care in Milton... Read More
Max Bernadeau known to many as Sonson

Of Waltham, entered eternal rest & peace in the loving arms of his God on Wednesday evening June 10th, 2020 on what would have been his 69th birthday, in Seasons Hospice and Palliative Care in Milton after declining health.

He attended a Catholic preschool in Thomonde, attended middle school at the National School in Thomonde and high school in Port au Prince, Haiti at Lycee Firmin. In 1974 he migrated to Paris and later to the United States, more specifically Boston, MA.

Max worked several years at GTE in Needham, MA, Waltham Housing Authority and ended his career as an Independent contractor with Boston Taxi Services for 20+ years

His family, his friends and his faith were always first and foremost; he cherished the time spent surrounded by those he loved. He also enjoyed listening to music and traveling. He had a strong faith in his God and had been an active and devoted member of the Church of God, Waltham MA.

For the safety of those we love and care about during this difficult time, and for those who wish to pay their respects to Max may do so in accordance with CDC, Federal and State guidelines in the Mary Catherine Chapel of Brasco & Sons Memorial, 773 Moody Street, Waltham, MA., on Saturday morning June 20th from 9a.m.-11a.m. followed by a Funeral Service celebrating Max's Life at 11 a.m. Burial will follow at Mount Feake Cemetery in Waltham. For those who can not be present you may view the service live streamed by going to harborviewvideo.com/brasco

In lieu of flowers expressions of sympathy donations may be made in his memory to the an organization close to his heart, Korektho Inc., http://www.korektho.org/

To send flowers to the family or plant a tree in memory of Max "Sonson" Bernadeau, please visit our Heartfelt Sympathies Store.

We encourage you to share your most beloved memories of Max here, so that the family and other loved ones can always see it. You can upload cherished photographs, or share your favorite stories, and can even comment on those shared by others.

Posted Jun 17, 2020 at 07:53pm
To Scotty, Julie, Blake, Brock, Vlad, Stacey, Mack, Becky: I'm thinking of you, sending you love and wishing you peace and comfort during this time.

Posted Jun 17, 2020 at 08:06am
We pray the love of God enfolds you during your journey through grief. With heartfelt condolences. Love Always The English Family

Flowers were purchased for the family of Max Bernadeau. Send Flowers 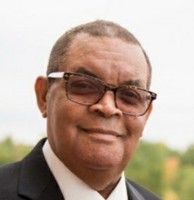 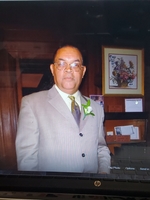