To share your memory on the wall of Richard Cusano, sign in using one of the following options:

Print
Of Wilmington formerly of Tewksbury, passed away peacefully Thursday evening January 16th, 2020 at the age of 91.

Born on March 26, 1928 in Waltham; son of the late Louis and Frances (Allia) Cusano, Dick was raised in Waltham and after h... Read More
Of Wilmington formerly of Tewksbury, passed away peacefully Thursday evening January 16th, 2020 at the age of 91.

Born on March 26, 1928 in Waltham; son of the late Louis and Frances (Allia) Cusano, Dick was raised in Waltham and after his marriage to his childhood sweetheart in 1950 they raised their family and resided in Waltham for 40 years before moving to Yarmouth for 6 years and to Tewksbury 20 years ago.

Dick attended Saint Charles High School and like many of his generation left school to join the military. He proudly served with the United States Army during World War II.

He began his career as a Machinist and then owned and operated Cusano Brothers Plastering until his retirement.

Dick had a passion for playing golf and for many years was the Starter and Cart Manager at Winchester Country Club. He was a member of the Waltham Sons of Italy Dante Algerhi Lodge #953 and the Bass River Country Club on Cape Cod. In his spare time he loved playing golf and poker, reading, loved dancing, but most of all socializing and talking politics while having his morning coffee at McDonald's.

He was predeceased by his beloved wife of 63 years Helen A. (Pace) Cusano.

Relatives & Friends are respectfully invited to attend a Funeral Service in celebration of Dick's Life in the Mary Catherine Chapel of Brasco & Sons Memorial, 773 Moody St, WALTHAM on Wednesday afternoon Jan. 22nd at 1:00 p.m. Services will conclude with United States Army Military Honors. Visiting Hours will be held in the Mary Catherine Chapel prior to the service on Wednesday from 11:00 a.m. – 1:00 p.m. Parking attendants on duty.

In lieu of flowers expressions of sympathy may be made in Dick’s memory to the Dana Farber Cancer Institute, P.O. Box 849168 Boston, MA 02284.
Read Less

I am so sorry to hear about the passing of your Dad. Sending prayers to you and your family.

Posted Jan 21, 2020 at 08:21pm
Uncle Dick as we remember a person that is so hard to forget I'm sure many will be drawn to the memory of hearing your loud and boisterous voice proclaim your love for your wife in one word. HELEN I'm sure is so happy to have you back together with her. In remembering you I am also drawn to all the great conversations I had with you over the years at various family events. Whenever you would tell a story you would captivate a room but some of my favorite memories were one on one conversations we had about family, sports, or work. You will be missed. Rest easy. Posted Jan 21, 2020 at 07:26pm
Robyn and family, Since I've known Robyn since second grade, I also had the privilege of knowing her entire family including her dad. Dick would walk into a room and just light everyone up. His beautiful eyes and smile will remain with me forever. I'm happy that Helen has him back. She waited a long time.
Comment Share
Share via:
CW

Posted Jan 21, 2020 at 01:41pm
Robyn,
I am very sorry to hear of your dad's passing. My thoughts are with you and your family.
Fondly,
Clare Connolly Welch
Comment Share
Share via: 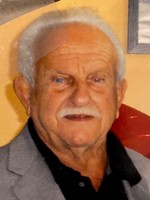 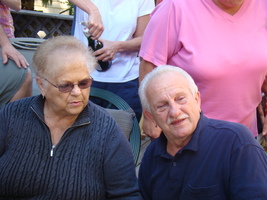