To share your memory on the wall of Lawrence Keane, sign in using one of the following options:

Provide comfort for the family of Lawrence Keane with a meaningful gesture of sympathy.

Of Framingham died Wednesday November 27th at his home after a period of illness.

Born in Waltham Larry was raised and educated in Waltham prior to moving to Framingham he lived in Daytona Flo... Read More
Lawrence “Larry” Keane 65,

Of Framingham died Wednesday November 27th at his home after a period of illness.

Born in Waltham Larry was raised and educated in Waltham prior to moving to Framingham he lived in Daytona Florida for several years.

Described by family as a tremendously giving and caring person, he was loved and greatly respected by his family, friends and coworkers. His heart never left Waltham always drew him back to Waltham where as a youngster his was a singer in a Waltham Band known as “Uptown Sound”,his was born with sports in his DNA an ardent supporter of his New England Patriots and without saying, The Boston Red Sox, which led him on a path of local coaching and umpiring of multiple sports teams.

While in Florida he worked for a period of time as a Certified Life Guard.

At home in Framingham he took great pride in his Yard and Gardening skills.

He was the father of the late Jill Keane, son of them late Edward & Florence
(Carlos) Keane, brother of the late Michael Keane, Frederick Keane and Robert DeGouff and loving husband of the late Lori (Yobaccio) Keane

He is survived by Aksana G. Zahorskaya whom he viewed and treated as his loving daughter of Adventura, Florida, he leaves his siblings Joseph Keane of Waltham, Thomas Keane & Richard DeGouff both of Waltham, Louis Keane of Jacksonville, Fla.,, Carol Montoya of Nashua, New Hampshire, Marie Caruso of Atkinson, NH., Michael DeGouff of California In addition he leaves many Nieces and Nephews & Cousins.

A Celebration of Larry’s life will be held Thursday Evening in the Mary Catherine Chapel of the Brasco & Sons Memorial, 773 Moody Street, Waltham at 9:00 p.m. Relatives and Friends are respectfully invited to attend to share memories and visit with Larry’s family from 7-9 p.m. Interment will be private. Expressions of sympathy may be made in his memory to the American Cancer Society, 3 Speen Street, Suite # 250, Framingham, Ma 0101. Parking will be on attendants on duty.

We encourage you to share your most beloved memories of Lawrence here, so that the family and other loved ones can always see it. You can upload cherished photographs, or share your favorite stories, and can even comment on those shared by others.

Posted Dec 06, 2019 at 08:12pm
My condolences to the friends and family of Larry. I am saddened by the news that you are gone from this earth Larry. I have such great memories of you and your bigger than life personality. I had the honor of being your friend and sharing the stage with you from the 9th grade on past high school. We were in the band Uptown Sound. Larry was a natural performer. He excited and entertained every audience he sang to. He had an energy that was unrivaled. Larry was just as dynamic off the stage. He would light up every room he walked into. I have a special fondness for those years spent with Larry and I will never forget him. The world is a little darker today without Larry but heaven is a lot brighter with him.

"What moves through us is a silence, a quiet sadness, a longing for one more day, one more word, one more touch. We may not understand why you left this earth so soon, or why you left before we were ready to say good-bye, but little by little, we begin to remember not just that you died, but that you lived. And that your life gave us memories too beautiful to forget"
--Author Unknow

Posted Dec 05, 2019 at 07:10pm
RIP Larry! No more tests. Enjoy the afterlife and know that many people loved and respected you, and you touched many lives. I will sorely miss our time spent every Friday at our table at TJ's and the laughs, stories, and conversation we shared, and your joining us for Thanksgiving. You are a true friend We say goodbye to you in this world - but make sure to save me a seat at your table up there! Love you my friend!
L

Posted Dec 05, 2019 at 02:40pm
Larry was a very special and caring friend to his long time dear friend, Kathy Tremblay. She spoke so highly of Larry and told us what a hard worker and loyal friend he was. He will always hold a very special place in her heart and will be missed terribly. Rest easy, Larry. Thank you for your friendship with Kathy.
Laura and Richard Messier
Comment Share
Share via:
SH 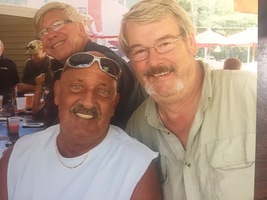 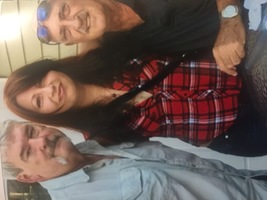 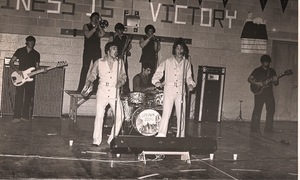