To share your memory on the wall of Joan Bruzzese, sign in using one of the following options:

Provide comfort for the family of Joan Bruzzese with a meaningful gesture of sympathy.

Of Cambridge, formerly of Belmont, passed away on November 24, 2019 after a long battle with cancer.

Joan was the wife of 58 years of Don Bruzzese. Born in Boston, she was the daughter of the lat... Read More
Joan (Morrison) Bruzzese, 77

Of Cambridge, formerly of Belmont, passed away on November 24, 2019 after a long battle with cancer.

Joan was the wife of 58 years of Don Bruzzese. Born in Boston, she was the daughter of the late Christine (MacLeod) Morrison and Phillip DJ Morrison. Joan was raised in Belmont.

In 1970, Joan started working at the Cambridge Learning Center where she taught math and reading until she retired in 2002.

Joan enjoyed spending time with family and friends. Joan especially enjoyed day trips with the ladies of the Red Hat Society and playing cards and Rummikub with friends at the West Lakes clubhouse.

In addition to her husband Don, Joan is survived by her daughter Robyn Pereira and her husband Roger of Westport, her son Don Bruzzese of Cambridge, her sister Robin Drury of Spencer and several nieces and nephews. Joan was predeceased by her beloved daughter Jeanne Bruzzese and her brother Alan Morrison.

Expressions of sympathy may be made in Joan’s memory to The Good Shepherd Community Care, 90 Wells Ave., Newton, MA 02459.
Read Less

We encourage you to share your most beloved memories of Joan here, so that the family and other loved ones can always see it. You can upload cherished photographs, or share your favorite stories, and can even comment on those shared by others. 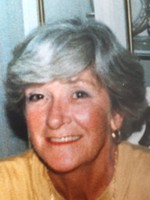