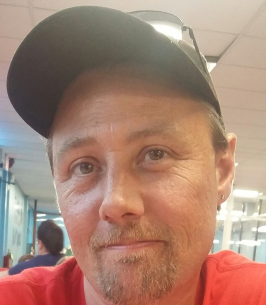 Richard “Ricky” P. Muise, Jr., 44 of Waltham passed away peacefully at Newton-Wellesley Hospital, on July 12, 2022 after a long courageous battle with cancer with his immediate family by his side.

As a young child Ricky, loved watching his Looney Tunes where he discovered his love for "Taz". Later as a teen he would find amazing lifelong friends, who he would call family. Ricky had a kind and caring heart generous to a fault, and would do anything to help anyone in need, willing to give his last and then some if he thought you needed it more.

Ricky met the love of his life, Sabrina Sullivan when they were both younger living in Arlington, MA. Their love would be tested and frozen in time for 14 years. As life would have it, the Universe for them would come around full circle, to grant them a second chance 15 years later, time tested true love.

His passion for cars and motorcycles would lead him to a profession in, Transportation Recovery as a Tow Truck Driver at Ramsay's Towing, where he loved his job at Ramsay’s and it was more than a vocation. His co-workers were his friends and, in many ways, his extended family.

Predeceased by his beloved mother Linda Denise Muise (Wiegand) and his brother Robert E. Muise whom he shared a special bond.

Ricky is survived by his loving wife Sabrina M. Sullivan and their children, Brittney, Corynne and Teagan whom Ricky loved and cared for as his own, his Father Richard P. Muise, Sr. of Waltham. As well as, other relatives and numerous friends.

Relatives and friends are invited to gather and remember the love and friendship Ricky shared during visiting hours on Friday July 22, 2022 from 6 pm to 8pm in The Mary Catherine Chapel of Brasco and Sons Memorial Chapels, located 773 Moody St in WALTHAM, MA. Followed by a Celebration of Life beginning at 8pm. Parking Attendants will be on duty.

For those who wish to pay their final respects, but are unable to attend, please be sure to sign the memory wall at www.BrascoFuneralhome.com.

In Lieu of Flowers, Memorial Donations may be made to Ricky’s family or to The American Lung Cancer Research in Ricky's loving memory.