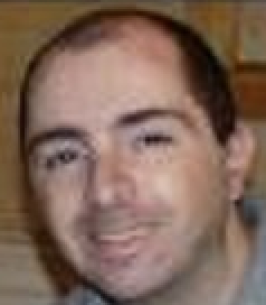 Of Newton, passed away unexpectedly late Tuesday evening, June 21st, 2022 at Newton-Wellesley Hospital. He was 53.

Born on February 19, 1969 in Newton; the beloved son of Jean Marie Brasco. Andy was born, raised and educated in Newton. He was a lifelong resident.

A graduate of Newton North High School; Andy furthered his education at Northeastern University in Boston.

Andy had several different careers but found a love and passion for freelance photography.

Family was always an important aspect of his life; he loved to be surrounded by his family & friends especially during the holidays. He was behind the camera at any and all family events. The gatherings gave him the opportunity to bring people together and capture so many of the gatherings on film. Halloween was his favorite holiday, when he enjoyed giving out the candy for all the kids in the neighborhood.

Andy had many different hobbies and interests over the years; he enjoyed shooting billiards and playing darts. He played in several different leagues.

He lived life to the fullest despite some medical setbacks. He loved to socialize with others; he was outgoing, enjoyed talking to anyone; and had a good sense of humor. He made many friends over the years especially at the old South Pacific and Union Street Restaurants in Newton where he enjoyed listing to karaoke.

He was predeceased by his beloved mother Jean Marie Brasco in 1990.

Andy is survived by his devoted & loving Uncle & Aunt; J. Michael Brasco Jr. and his wife Kate of Weston; and Maureen A. Sacchetti and her husband the late Daniel of New Hampshire. In addition he is survived by numerous cousins and many dear friends.

Family and friends are welcome to gather and celebrate Andy's life and remember the love and friendship he shared with others at a Mass of Christian Burial on Wednesday morning June 29th at Sacred Heart Church, 311 River Street, Waltham at 10:00 a.m. Burial will be held private for the family at Newton Cemetery