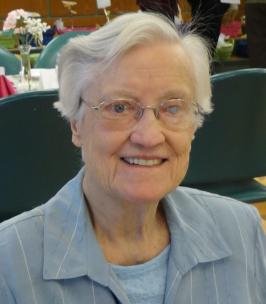 Of Waltham, peacefully entered eternal life in the loving arms of her God on Monday, May 30, 2022 at the Elizabeth Seton Residence in Wellesley at the age of 95.

Born on May 2, 1927 in Newton Center, MA; she is the beloved daughter of the late Thomas Maloney and Mary (Kent) Maloney (Kent). Sister was predeceased by two brothers and four sisters.

Sr. Mary Stephen entered the Missionary Sisters of the Society of Mary on February 11, 1949 in Bedford, MA. Sister made her 1st Profession of Vows on August 15, 1951. After giving community service, Sister was missioned to Jamaica to work in Hansen Home from May 1957-1964.

Sister came back to the States once again for a renewal and some time working from 1977-1979. Nashville, Georgia was the next stop in her career where she worked from 1979-1993. She spent time doing Home Nursing from 1993-1994 and then onto Alaska from 1995-2000 where she managed a Senior Housing complex in Nenana.

In 2004, Sister went to Florida for two years and then returned to care for her blood sister and for her own health. Sister was missioned to Marillac Assisted Living in Wellesley, MA. in 2007.

Sister Katherine is survived by many nieces, nephews, great nieces and great nephews; as well as her loving & devoted Community of Marist Missionary Sisters. They will all miss her dearly.