To share your memory on the wall of Calvin Corkum, sign in using one of the following options:

Of Waltham, passed away peacefully Sunday evening, May 9, 2021 at Mount Auburn Hospital in Cambridge at the age of 90.

Of Waltham, passed away peacefully Sunday evening, May 9, 2021 at Mount Auburn Hospital in Cambridge at the age of 90.

Born in Boston on July 15, 1930; son of the late James Edmond Corkum and Pearl Estelle (Gerhardt) Corkum. Calvin was raised in Nova Scotia after his father passed away. He returned to the United States, after getting married, residing in Waltham for over 65 years.

As a young man Calvin joined the U.S. Merchant Marine and served on an oil tanker. He then worked as a carpenter until his retirement and was a proud member of the Carpenters Union Local #33.

He had a passion for carpentry; he enjoyed building model ships, going fishing and tending to his vegetable garden. During his retirement he also enjoyed spending time with his dog Teddy.

Calvin was predeceased by his beloved wife Margaret E. (Parks) Corkum in 2015.

He will be remembered as a loving and devoted husband, father and grandfather.

He is survived by his devoted & loving children Susan Johnson and her husband Glen of Townsend; James Corkum of Waltham; Deborah Corkum and her husband Shawn Higgins of Billerica; and Karen Corkum McCue and her husband Scott McCue of Manchester, NH; his cherished grandchildren Michelle, Steven, Taylor, and Elizabeth; and his dear brother-in-law & sister-in-law Robert Parks and his wife Joanne of Nova Scotia. He is also survived by several nieces and nephews.

Relatives and friends are respectfully invited to gather in celebration of Calvin's Life and remember the love he shared during a Graveside Funeral Service at Mount Feake Cemetery, 203 Prospect Street, Waltham on Friday morning May 14th at 11:00 a.m.

Expressions of sympathy can be made in Calvin's memory to the MSPCA, 350 South Huntington Ave, Boston, MA 02130 or the American Heart Association, 300 5th Ave, Waltham, MA 02451.
Read Less

To send flowers to the family or plant a tree in memory of Calvin James Corkum, please visit our Heartfelt Sympathies Store.

We encourage you to share your most beloved memories of Calvin here, so that the family and other loved ones can always see it. You can upload cherished photographs, or share your favorite stories, and can even comment on those shared by others. 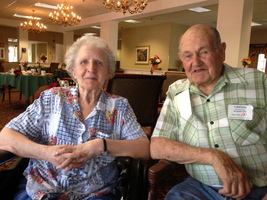 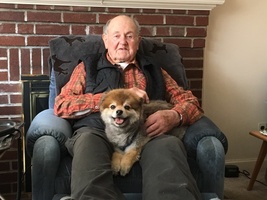 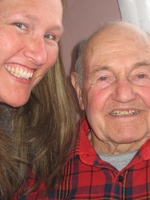