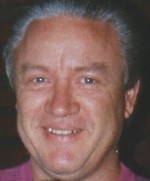 Of Hudson, NH, passed away on Tuesday morning April 6th, 2021 at Fairview Healthcare in Hudson at the age of 70.

Born on August 15, 1950 in Boston; beloved son of Helen (Carlson) Coombes and the late Eugene J. Coombes. Ron was raised in Milton and Lexington, Massachusetts and had lived in Woburn, Massachusetts for a period of time before moving to Hudson, New Hampshire in 2002.

A graduate of Lexington High School with the Class of 1968; he furthered his education at Northeastern University. Ron was employed as an Analytical Laboratory Technician with the Polaroid Corporation in Waltham for many years.

Over the years, Ron enjoyed collecting coins but had a true love for the beach and ocean. He was a huge Beatles and Elvis fan. His greatest enjoyment in life came from being surrounded by his family; they were always first and foremost.

He is survived by his loving wife of 51 years Linda J. Coombes; his devoted children Kristen J. Finn and her husband Jay of Wilmington; Cheryl A. Brennan and her husband Jonathan of Hudson, NH; and Bryan M. Coombes and his wife Nicole of Reading; his cherished grandchildren Patrick, Ashlyn, Justin, Cailin, Dylan, Bryan Jr., Nathan and Jayden; and his adoring great grandchildren Mason and Kamden. In addition he is survived by many nephews and nieces.

Family gathered for to remember the love he shared with those he touched at a private funeral service in the Mary Catherine Chapel of Brasco & Sons Memorial in Waltham at Funeral Service in celebration of Ron's life. His burial followed at Mount Pleasant Cemetery in Arlington.

In lieu of flowers donations in Ron's name can be made to St. Jude Children's Research Hospital, 501 St. Jude Place, Memphis, TN. 38105