To share your memory on the wall of (Ret.) Waltham Police Officer Raymond H. Richard, sign in using one of the following options:

Provide comfort for the family by sending flowers or planting a tree in memory of (Ret.) Waltham Police Officer Raymond H. Richard

Provide comfort for the family by sending flowers or planting a tree in memory of (Ret.) Waltham Police Officer Raymond H. Richard

Of Waltham, passed away peacefully early Tuesday March 2nd, 2021 in the comfort of his home with his beloved wife by his side after a valiantly fought battle with his illness. He pa... Read More
(Ret.) Waltham Police Officer Raymond H. "Ray" Richard

Of Waltham, passed away peacefully early Tuesday March 2nd, 2021 in the comfort of his home with his beloved wife by his side after a valiantly fought battle with his illness. He passed one day shy of his 81st birthday.

Born on March 3, 1940 in Waltham; son of the late Edward and Josephine Richard. Ray was a lifelong resident of Waltham.

Ray served proudly and honorably with the United States Navy on the USS Newport News.

In 1965 at the age of 25, Ray began an illustrious career with the City of Waltham Police Department. He was appointed to the Department as a Police Officer- Patrolman December 12, 1965; retiring December 5, 1992 after 27 years of dedicated and faithful service to the Citizens of Waltham.

In his retirement Ray did extensive traveling with his wife. They traveled the world together. When he wasn't traveling, Ray was always working on the many home improvement projects he had in their home. He even enjoyed being outside the house gardening.

He devoted his life to his family, community and country; he was kind, helpful, he was an amazing husband, brother, son-in-law and friend to so many.

For the safety of those we love and care about during this difficult time; and for those who wish to pay their respects to Ray and his family can do so in accordance with CDC, Federal, State and Local guidelines in the Mary Catherine Chapel of Brasco & Sons Memorial, 773 Moody Street, Waltham, MA., on Sunday March 7th from 2:00 - 5:00 p.m.

Family & friends are welcome to gather to celebrate Raymond's life and remember the love he shared with those he touched at a Funeral Service in the Mary Catherine Chapel of Brasco & Sons Memorial on Monday March 8th at 11:30 a.m. His burial will follow with Waltham Police Department and United States Navy Military Honors in recognition of his faithful and honorable service to our country and the City of Waltham at Mount Feake Cemetery in Waltham.

To send flowers to the family or plant a tree in memory of (Ret.) Waltham Police Officer Raymond H. Richard, please visit our Heartfelt Sympathies Store.

We encourage you to share your most beloved memories of (Ret.) Waltham Police Officer Raymond H. Richard here, so that the family and other loved ones can always see it. You can upload cherished photographs, or share your favorite stories, and can even comment on those shared by others.

Posted Mar 18, 2021 at 03:56pm
Gosh, I am showing my age by forgetting to write this remembrance (2 weeks late). It is not that I will ever forget Ray, his quiet yet ever aware demeanor always struck me as being impressive. I remember his quiet sense of humor and you knew he was in control of events...he took control quietly and just by his presence. A perfect asset for a good police officer. I knew Ray through his brother Eugene and his sister-in-law Marcia. Gene and I lived together in Northgate during our "salad days" and have remained close friends for well over 60 years. Rest in peace Raymond!
Comment Share
Share via:
D

Posted Mar 08, 2021 at 09:09am
To Ray's Family,
Our sincere condolences to you on the passing of Ray. My dad served with Ray and they shared a mutual respect for each other. Ray was an imposing presence with his deep voice and burly mustache, and then when he became a motorcycle cop all my high school friends made sure to avoid him! But if you knew Ray you knew he had a good soul and a generous heart. I recall delivering the Waltham News Tribune to his home on Pierce Street (when it was a daily paper), and he never forgot to tip the neighborhood paper boy! God Bless Ray and his family.
Comment Share
Share via:
ER

Posted Mar 07, 2021 at 06:58am
Dearest Ray,
You have left a vacuum in my life. Our parents were pretty amazing bringing up three boys just two years apart. Now, I have no one to reminisce about our growing up in Waltham, time spent with our cousins during the summer, and especially remembering when our parents bought their first house on Peirce Street. It was exciting for us. We were fortunate as there was this huge pit near us and we just called it the “Sand Pit.” It was 3 streets long, and we had so much fun playing in it…making forts, jumping off the handmade tower, and making bonfires.
I could not figure this out. You were the youngest yet, you retired first. And you and Maureen took some great trips together. Then, when I retired, Marcia and I were able to travel together with the two of you. Cruising through the Baltics and the Adriatic and the Caribbean were some of our highlights. Then when the girls went off to shop, you and I could spend time just talking about the old days.
Memorable is the time we spent visiting one another in our homes in Massachusetts and Maryland. We shared dinner, talked about the “old gang” when we grew up together and we took each other on day trips in our states.
Ray, you had a natural gift of getting along with people and you had a calming way with life. Never got uptight if things were not going right. You would always say, it will be okay. I guess that is from being the youngest in the family. Best of all you had a sense of humor. Even you could make me laugh.
Ray you were the best man at our wedding, and you are the Best Man. Love from Gene and Marcia 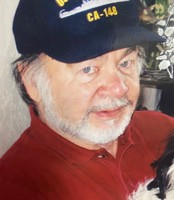 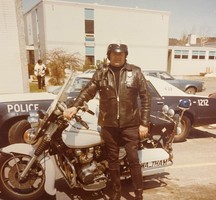 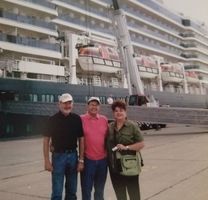 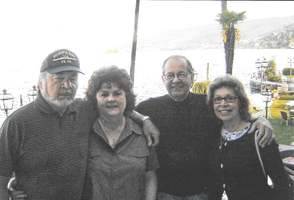