To share your memory on the wall of John Foster, sign in using one of the following options:

Of Waltham, passed away unexpectedly Wednesday morning March 3rd, 2021 at Newton - Wellesley Hospital at the age of 79.

Of Waltham, passed away unexpectedly Wednesday morning March 3rd, 2021 at Newton - Wellesley Hospital at the age of 79.

Born on September 22, 1941 in Somerville; beloved son of the late Mary D. (Azzolino) Foster and survived by his Loving sister Rose Tehan of Waltham. Bob was raised and spent many years in Somerville before moving to Waltham in 1992.

Bob attended Somerville High School; and retired from the MBTA where he worked for 20 years as a Bus Operator. After retirement he went on to drive at Local Motion until January 2020.

He was a longtime member of the Boston Carmen's Union, Local 589 and the Teamsters Union Local #25.

He proudly served with the United States Army for a period of time and had been a member of the Joseph F. Hill American Legion Post #156.

Bob was a hardworking simple guy. His family and his friends were always first and foremost; he cherished the time spent with everyone; especially his grandkids.

He is survived by his children David Foster and his wife Kim of Norwell , Katey Frisiello and her husband Tommy of Waltham, Darleen Pratt and her husband Brad of Waltham; and John Foster and his wife Sonia of Hudson; his cherished grandchildren Sam, Nate, Thomas, Iyla, Olivia, Hannah, Reannah, Gianna and Joshua. Also survived by many nephews and nieces.

For the safety of those we love and care about during this difficult time; and for those who wish to pay their respects to Bob his family can do so in accordance with CDC, Federal, State and Local guidelines during Visiting Hours in Brasco & Sons Memorial Funeral Home on Sunday from 2:00 – 5:00 p.m.

A Funeral Service in celebration of Bob's life will be held in the Mary Catherine Chapel of Brasco & Sons Memorial on Monday morning March 8th at 9:30 a.m. His entombment with United States Army Military Honors will follow at Calvary Cemetery Chapel Mausoleum in Waltham. Due to the on-going pandemic, we ask that friends please be mindful and respectful of current limitations in regard to social gatherings.

Donations in Bob's name can be made to the LUNGevity Foundation.

For those who wish to pay their final respects, but are unable to attend, please be sure to sign the guestbook at www.BrascoFuneralHome.com.
Read Less

To send flowers to the family or plant a tree in memory of John Robert "Bob" Foster Jr., please visit our Heartfelt Sympathies Store.

The Tierneys and Skiffingtons, Brian, Gina, Brooke & Brianna, and other have sent flowers to the family of John Robert "Bob" Foster Jr.
Show you care by sending flowers

Posted Mar 07, 2021 at 11:15am
To John, David, Darleen, & Katie, I am very sorry to hear about the loss of your father. I know how close you were to your father. We will miss him forever. Just remember all the good times you shared with your father. Our deepest condolences. With love, Dorothy, Rich, Alanna, Kolby & Nick

The Tierneys and Skiffingtons purchased the The FTD Faithful Blessings Bouquet for the family of John Foster. Send Flowers

Posted Mar 06, 2021 at 12:21pm
Our deepest sympathy, David, Kim, and family. We are so sorry for the loss of your beloved father. Love, Shawn and Laurel Homer

The Homer Family purchased flowers for the family of John Foster. Send Flowers

Posted Mar 05, 2021 at 06:29pm
We are so very sorry and we are here for you during this difficult time. Sending hugs to you and your family. Love, Mike and Rachel Foy 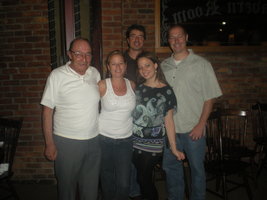 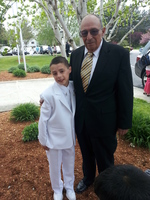