To share your memory on the wall of Kevin Norris, sign in using one of the following options:

Print
Kevin Michael Norris, age 55, passed away on February 25, 2021 at his home in Washington, DC. He was born on May 27, 1965 in Waltham, Massachusetts to Jeanette Marie (Marifiote) Norris and the late Edmund Thomas Norris, Jr.

Kevin was a ... Read More
Kevin Michael Norris, age 55, passed away on February 25, 2021 at his home in Washington, DC. He was born on May 27, 1965 in Waltham, Massachusetts to Jeanette Marie (Marifiote) Norris and the late Edmund Thomas Norris, Jr.

Kevin was a creator of many things beginning his career designing cakes, then becoming a self-taught chef for his successful catering business in Waltham, MA.

In 1993, Kevin moved to Washington, DC, where he began his Personal Training/Professional Life Coach business, Mind Your Own Body, LLC, where he worked with people of all ages, including elderly. Through his company, he organized a variety of adventures for his clients, such as flying trapeze lessons, zip lining, go kart racing, hot air ballooning, sailing and skydiving.

Kevin was a man of many wise words and was a Health, Fitness and Wellness Columnist for the Washington Blade, which geared to the LGBT community. Kevin continued writing for various platforms including his work as Founder and Creative Director of The Power to Be Epic. He also worked in the hospitality industry and his most recent work included volunteering at Bread for the City and Miriam’s Kitchen where he advocated for those suffering from chronic homelessness in Washington, DC, a cause close to his heart.

Kevin was also an environmentalist and life-long artist, who experimented with unique mediums, such as recycled straws, elastic bands and plastics, along with traditional mediums, including water color, acrylic paint and ink. He was the Founder and Creative Director of Preservation Creative and sold his creations at art shows and through social media.

In his free time, Kevin enjoyed the outdoors, meditating, yoga, running and bike riding. He always worked to improve his mental and physical health through exercise and was recently training for a triathlon. It was common for Kevin to challenge himself through competitions. He was even privileged to represent Washington, DC in the Gay Games in 2002 with a 10K road race through the streets of Olympic Park, Australia, which were developed for the 2000 Sydney Olympics.

Close family will hold a private service in honor of Kevin. In lieu of visiting hours and flowers, please share your condolences in the comment section and/or make donations in remembrance of Kevin to https://miriamskitchen.org/ to help end chronic homelessness in Washington, DC. Thank you.
Read Less

There are no events scheduled. You can still show your support by sending flowers directly to the family, or planting a memorial tree in memory of Kevin M. Norris.
Plant a Tree

We encourage you to share your most beloved memories of Kevin here, so that the family and other loved ones can always see it. You can upload cherished photographs, or share your favorite stories, and can even comment on those shared by others.

Posted Mar 30, 2021 at 04:12pm
We met Kevin through WARD6 Mutual Aid and immediately felt welcomed. Ceren shared shifts with him and enjoyed his happy personality, warmth and enthusiasm to help others. We were neighbors with Kevin and exchanged a few meals which gave us a chance to try his delicious cooking. Our thoughts and our prayers go out to his family and we hope Kevin is at peace.

Posted Mar 30, 2021 at 04:04pm
We only knew Kevin for a short time but count ourselves lucky for sharing a few moments and experiencing his warmth enthusiasm and kindness.

Posted Mar 07, 2021 at 09:58am
Norris Family,
Sending my condolences to you all during this difficult time. It was always nice to see Kevin at Christmas dinner @ Grace & Paul’s when he could join us. My prayers and thoughts are with you all!
Terry Duane
Comment Share
Share via:
KM

Posted Mar 05, 2021 at 09:13pm
We only met this last year during the pandemic volunteering with Mutual Aid but I always appreciated your good cheer, laughter, and curiosity. RIP. 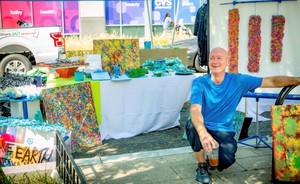 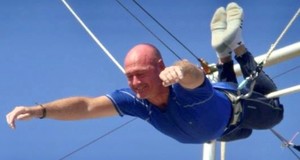 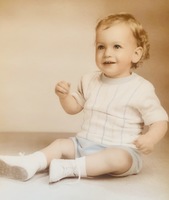