To share your memory on the wall of Douglas Beaton, sign in using one of the following options:

Print
At his home in Framingham, MA with his family at his side, Douglas Irving Beaton died peacefully on February 26th at the age of 70.

Douglas is survived by his mother, Audrey (Irving) Beaton of Waltham, MA; his wife, Judith Beaton; his si... Read More
At his home in Framingham, MA with his family at his side, Douglas Irving Beaton died peacefully on February 26th at the age of 70.

Douglas is survived by his mother, Audrey (Irving) Beaton of Waltham, MA; his wife, Judith Beaton; his siblings Forrest (Woody) Beaton, Bonnie Matthews, and Nancy MacDonald; his children Michael, Elizabeth, and Paul; 5 grandchildren; and many nieces and nephews. He is preceded in death by his father, Roy Beaton of Waltham, MA.

Douglas was born on August 11th, 1950 in Halifax, Nova Scotia to Roy and Eileen Beaton. He graduated from Waltham Vocational High School in 1969. He married Judith in 1976. He worked as a printer for 40 years, beginning at Glidway Printing and later for Watson Printing. Douglas was an avid bowler for more than 40 years and was inducted into the New England States Bowlers Association of the Deaf (NESBAD) Candlepin Hall of Fame in 1998 and the New England States Deaf Bowlers Association Tenpin Hall of Fame in 2014.


For the safety of those we love and care about during this difficult time; and for those who wish to pay their respects to Douglas and his family can do so in accordance with CDC, Federal, State and Local guidelines during Visiting Hours Thursday, March 4th from 4:00-6:00pm. A Funeral Service in celebration of Douglas’s life will follow at 6:00 pm in The Mary Catherine Chapel of Brasco & Son's Funeral Home at 773 Moody Street in Waltham, MA. In lieu of flowers, donations can be sent to the Greater Boston Deaf Bowler League, Attn: Jim Rossi, 9 Gordon Street, Malden, MA 02148.
Read Less

To send flowers to the family or plant a tree in memory of Douglas Irving Beaton, please visit our Heartfelt Sympathies Store.

We encourage you to share your most beloved memories of Douglas here, so that the family and other loved ones can always see it. You can upload cherished photographs, or share your favorite stories, and can even comment on those shared by others.

Posted Mar 03, 2021 at 06:48pm
Our deepest sympathy for your family. Love, Dan and Rose McGonigle and family

Flowers were purchased for the family of Douglas Beaton. Send Flowers

The FTD Comfort Planter was purchased for the family of Douglas Beaton. Send Flowers

Posted Mar 03, 2021 at 08:19am
Nancy and Family,
May your brother rest in peace and may you find comfort in your loving memories.
With my deepest sympathy,
Janice Adams
Comment Share
Share via:
EW

Posted Mar 02, 2021 at 06:53pm
Nancy, I'm so very sorry to hear about the loss of your brother. We will be thinking about you and your family in this difficult time. Erin Walczewski
Comment Share
Share via:
LW

Posted Mar 02, 2021 at 04:50pm
My sincere condolences to my colleague and friend Nancy on the passing of your brother, Douglas. You and your family are all in my thoughts and prayers, lighting a white candle for the safe journey of your brother! Best, Lyle W
Comment Share
Share via: 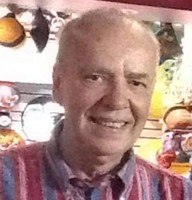