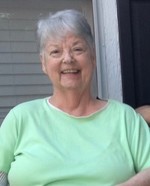 Of Norwood, passed away peacefully on Tuesday afternoon February 2nd, 2021 at the Brigham & Women's Faulkner Hospital in Boston at the age of 83.

Born on October 20, 1937 in Portsmouth, New Hampshire; daughter of late Agnes (Malloy) Shea and John J. Shea and his wife Marion (Malloy) Shea. Judy was raised in Portsmouth, New Hampshire; moving to Roslindale after her marriage and in West Roxbury for over 35 years before moving to Norwood 10 years ago. She spent many years summering with her family at her favorite place and home in Marshfield.

A graduate of Portsmouth High School Class of 1955, Judy furthered her education graduating with a bachelor’s degree from St. Mary's Sacred Heart School of Nursing Class of 1958, and then went on to graduate with a master’s degree from Emmanuel College Class of 1981. Her love of people; her kindness and compassion led her to a career in Nursing. Judy had a passion for nursing and spent years as a Registered Nurse at the Faulkner Hospital as well as Brigham & Women’s Hospital in Boston. She had an instrumental role in forming the Nurses Union and had been a longtime member of the Massachusetts Nurses Association.

She leaves a legacy of love that she shared with so many people who she touched while caring for them in the Hospital over the years.

Along with her husband Ted, she was actively involved with numerous charitable organizations throughout her life in and around the Boston area.

There was nothing in this world more important to Judy than her family, especially her grandchildren. She enjoyed every moment of every day with them. Judy found her peace at the family home in Marshfield, where the family created meaningful and lasting memories. She enjoyed going to the beach especially to watch the ocean during many storms. Judy was an avid Red Sox fan. She loved to travel and always looked forward to her yearly trip with Ted to California.

She was predeceased by her beloved husband Theodore F. "Ted" Nichols in 2019.

Judy is survived by her devoted & loving children, Chris Nichols of Boston and Berkley; John Nichols of Oakland, CA; and Diane (Nichols) Letsche and her husband the late Tom Letsche of Dedham. Cherished grandmother of Marshfield Police Officer Christopher Nichols and his wife Kendra of Marshfield, Danielle, Samantha, and Theodore Letsche all of Dedham; her dear brothers Bill Shea and his wife Ginny of Portsmouth, NH; and Mark Shea of AK. In addition, she is survived by many nieces and nephews.

Out of genuine concern for those we love and care so much about, funeral services in celebration of Judy's life will be held private at this time. We hope to gather in the future to honor and remember the love Judy shared with those she touched in a public service when social distancing guidelines allow.

In lieu of flowers, expressions of sympathy may be made in Judy’s memory to the Jimmy Fund.