To share your memory on the wall of Susan Burke, sign in using one of the following options:

Susan F. (Spirio) Burke, of Waltham, died peacefully on Saturday, February 6, 2021, in the comfort of her home surrounded by her loving husband and their children after a brief illness. She was 91 years old.

Born in Watertown on July 14, 1929, “Sue” was the daughter of Carmelo and Vincenza (Gaziano) Spirio. She was raised in Waltham and attended St. Joseph’s Grammar School and St. Mary’s High School, class of 1947. Sue met her future husband, John E. Burke, around that time while each of them lived on different ends of Alder St. in Waltham’s south side neighborhood. They married on July 2, 1949 and remained in Waltham where they raised their eight children.

In the early years of their marriage, Sue worked nights in the bookkeeping department at Raytheon where she made some lifelong friends. She was a homemaker while their children attended St. Joseph’s Grammar School and St. Mary’s High School. After getting the youngest children settled into school, Sue began working at First National Stores in both Watertown and Brighton. Later, Sue held various office and bookkeeping positions, her favorite being at Waltham Federal Savings Bank from where she retired in the mid-90s.

In her retirement she and her husband, John, spent their summers at their cherished home in South Yarmouth, Cape Cod. Regular activities which brought them much joy included cribbage on the deck, watching the Red Sox, Scrabble with her local girlfriends, visits with friends and neighbors, and four o’clock mass on Saturday afternoon followed by dinner at one of their many favorite Cape Cod restaurants. An avid Scrabble player, Sue also became very adept at playing Words With Friends.

In addition to her parents, Sue was predeceased by her sister Emily Sinerate of Waltham, and her brother Salvatore Spirio of St. John, New Brunswick, Canada.

For the safety of those we love and care about during this difficult time, and for those who wish to pay their respects to Sue and her family can do so in accordance with CDC, Federal, State and Local guidelines in the Brasco & Sons Memorial Funeral Home, 773 Moody Street, Waltham, MA., on Thursday Feb. 11th from 4 - 7 p.m.

Following the Archdiocese of Boston guidelines, family & friends are welcome to gather and celebrate Susan's life and remember the love she shared with those she touched at a Funeral Mass at Sacred Heart Church, 311 River Street, Waltham on Friday morning at 10:00 a.m. Her burial will follow at Mount Feake Cemetery in Waltham.

For those who can not be present you may view the service live streamed by going to harborviewvideo.com/brasco beginning on Friday at 9:45 a.m.
Read Less

To send flowers to the family or plant a tree in memory of Susan F. Burke (Spirio), please visit our Heartfelt Sympathies Store.

We encourage you to share your most beloved memories of Susan here, so that the family and other loved ones can always see it. You can upload cherished photographs, or share your favorite stories, and can even comment on those shared by others.

Tract Family, The Arnaud Family, and other have sent flowers to the family of Susan F. Burke (Spirio).
Show you care by sending flowers

Posted Feb 19, 2021 at 09:53pm
Sue, May you rest in eternal Peace. i enjoyed working with you at the Federal Savings Bank until your retirement.
Prayers for your family at this time. i will sure and let the gang know at the Bank. I still keep in touch with some of them.

Posted Feb 16, 2021 at 02:30pm
Susan and family, I am so sorry for your loss. Mothers are very special people
Cherish the Memories
Sincerely
Donna David
Comment Share
Share via:

Posted Feb 14, 2021 at 08:24pm
My deepest sympathy to the Burke family,my thoughts and prayers are with you during this most difficult time.
Deanna ( Cormier) Arseneau
Comment Share
Share via:
DF

Posted Feb 12, 2021 at 02:42pm
With heartfelt condolences, Michael and Neil. Thinking of you and your family.

Posted Feb 10, 2021 at 09:33pm
Please accept our most heartfelt sympathies for your loss... Our thoughts and prayers are with you and your family during this difficult time. 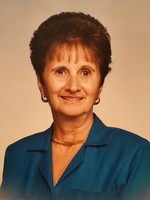 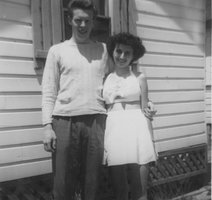 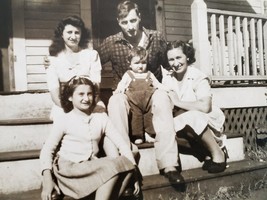