To share your memory on the wall of Sr. Ann Kennedy, sign in using one of the following options:

Provide comfort for the family by sending flowers or planting a tree in memory of Sr. Ann Kennedy

Provide comfort for the family by sending flowers or planting a tree in memory of Sr. Ann Kennedy

Sister came from a family of two boys, John and William, both deceased and 4 girls, Claire Gregan, Sr. Josepha, CSJ, Rosemary Paulson and herself (all deceased).

Sister received her R.N. in Nursing from St. John’s Hospital in Lowell, Massachusetts in 1952. She then received her Mission assignment to the Fiji Islands in 1953; where she worked using her artistic talents as well as nursing until returning to the United States in 1980.

Sister’s career took her to work as Chaplain in Massachusetts General Hospital (MGH) in Boston, in Jamaica teaching at the local Seminary and in Arlington, MA.

In 1997, Sister moved to Rocky Creek Retirement Village in Tampa, Florida; where she lived for four years.

Due to Covid 19, and out of concern for those Sr. Kennedy loved and cared for; the Marist Sisters will gather to celebrate Sr. Mary Siena's life and remember the love she shared at a private Graveside Funeral Service in the Marist Missionary Lot at St. Patrick’s Cemetery in Watertown.

In Lieu of Flowers, memorial donations may be made to:
Marist Missionary Sisters
349 Grove St.
Waltham, MA. 02453
Read Less

We encourage you to share your most beloved memories of Sr. Ann here, so that the family and other loved ones can always see it. You can upload cherished photographs, or share your favorite stories, and can even comment on those shared by others. 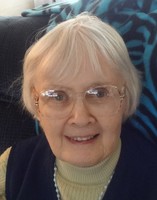