To share your memory on the wall of Bing Lee, sign in using one of the following options:

Print
Bing Yan Lee died of natural causes on 16 January 2021. He passed away at the age of 94 in his home in Waltham. Bing was known to everyone as a loyal, honest, dependable, and hard-working man.

Born to Ming Lee and King Gee Wong on 14 Nov... Read More
Bing Yan Lee died of natural causes on 16 January 2021. He passed away at the age of 94 in his home in Waltham. Bing was known to everyone as a loyal, honest, dependable, and hard-working man.

Born to Ming Lee and King Gee Wong on 14 November 1926 in Taishan, Guangdong, China. Bing moved to Hong Kong in 1956. There he worked for an import/export company until emigrating to the United States with his family in September of 1963. Bing worked as a chef in a Chinese restaurant in Waltham for about 10 years, then opened a small Chinese restaurant in Waltham with his business partners. Bing worked at his restaurant until he retired at the age of 62.

Bing was a devoted father. Although he did not drive or speak English, he would take his young children via public transportation to the Revere Beach amusement park in Revere or the Wal-Lex in Lexington for bowling, roller-skating and pool games in the summers. He worked hard as an immigrant to give his children the chance to go to college and have better jobs and lives than he did. They are all very grateful for his sacrifices.

Aside from his work and family, Bing had many hobbies. As a young man, he developed a passion for photography and had his own darkroom to develop pictures, many of which still hang in his house. He enjoyed listening to many types of music, in Chinese and English, and collected hundreds of vinyl records. One of his favorite artists was Elvis Presley.

Bing had a man cave in his basement before man caves were popular. He kept houseplants by the windows, aquariums of huge oscars and koi fishes, and there were usually a bird or two in cages. This man cave was also Bing’s workshop, containing hundreds of woodworking tools. Bing was a talented craftsman and built many different types of cabinets and picture frames for his home. Even at 92 years old, he was still using his table saw to cut wood and paper for his yearly zodiac collage poster.

When Bing retired, his repertoire of hobbies grew to include gardening and making wine from his homegrown Concord grapes. His vegetable garden was so fruitful that he shared produce with his family and friends every summer. Bing enjoyed watching basketball games and became an avid Patriots fan once he learned the rules of football. Bing was also a doting grandfather and took joy in watching his grandchildren grow.

Bing is survived by his second wife of 30 years, Jin Zi Leung, who is very devoted to him and took great care of him during his last years. He is also survived by all his children and their families. They are: his oldest son Daniel and wife Agnes Tam of Millis, their son Dennis; his daughter Debbie and husband Paul Chiu of Springfield, NJ, their children Justin and Beverly; his son David and wife Christina of Burlington, their children Samantha and husband Christopher Ho, Marisa, and Stephen; and his son Douglas and wife Xinhua Liu of Clifton Park, NY.

His family will miss him dearly.
Read Less

To send flowers to the family or plant a tree in memory of Bing Yan Lee, please visit our Heartfelt Sympathies Store.

We encourage you to share your most beloved memories of Bing here, so that the family and other loved ones can always see it. You can upload cherished photographs, or share your favorite stories, and can even comment on those shared by others.

Suzanna, Kevin, and Angus Lee sent flowers to the family of Bing Yan Lee.
Show you care by sending flowers

Posted Jan 26, 2021 at 09:23am
Wishing we could be there with you, sending you our heartfelt love and condolences, remembering our time with him.

Suzanna, Kevin, and Angus Lee purchased flowers and planted a memorial tree for the family of Bing Lee. Send Flowers 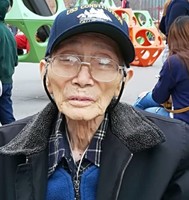 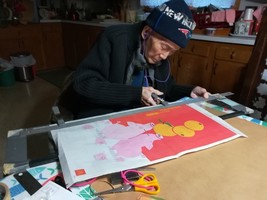 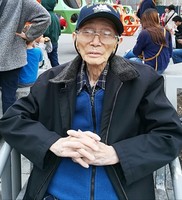 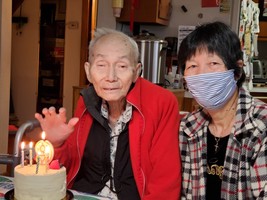