To share your memory on the wall of Robert Priest, sign in using one of the following options:

Print
Robert Stephen Priest of Arlington, passed away unexpectedly Tuesday, December 8th, 2020 at the Lahey Clinic Hospital & Medical Center in Burlington. He was one day shy of his 72nd birthday.

The son of the late Al "Red" Priest - former ... Read More
Robert Stephen Priest of Arlington, passed away unexpectedly Tuesday, December 8th, 2020 at the Lahey Clinic Hospital & Medical Center in Burlington. He was one day shy of his 72nd birthday.

The son of the late Al "Red" Priest - former NE Middleweight boxing champion, and Yvonne (McGarry) Priest; he was born in Cambridge, raised and educated in Waltham, and resided in Arlington for most of his life.
A graduate of Waltham High School with the Class of 1966, he earned his engineering degree from Wentworth Institute of Technology, and attained his Master’s Degree in Education at Cambridge College.

Robert began his career as a nuclear engineer at Stone & Webster but ultimately found his calling as a public servant, spending 30+ years serving in a variety of roles - from Correctional Officer to Director of Treatment - for the Massachusetts Department of Corrections.

After retirement Robert was an avid golfer which earned him the nickname Ace, and he enjoyed playing cards with his family (who all cheated relentlessly according to each other).

And if you spent any time at Cornelia Warren Field in Waltham back in the day, you may remember that Robert was the reigning Home Run King when he played on the Atron city league softball team.

He was predeceased by his brother Alfred I. Priest, Jr.

For the safety of those we love and care about during this difficult time, and for those who wish to pay their respects to Robert and his family, can do so in accordance with CDC, Federal, State & Local guidelines in the Mary Catherine Chapel of Brasco & Sons Memorial, 773 Moody Street, Waltham, MA., on Tuesday, December 15th at 10am. A Funeral Service in celebration of Robert's life will follow at 12pm followed by his burial at Saint Joseph's Cemetery in West Roxbury.

To send flowers to the family or plant a tree in memory of Robert Stephen Priest, please visit our Heartfelt Sympathies Store.

Posted Dec 15, 2020 at 12:27pm
Please accept our most heartfelt sympathies for your loss... Our thoughts are with you and your family during this difficult time.

The FTD Comfort Planter was purchased for the family of Robert Priest. Send Flowers

Posted Dec 11, 2020 at 11:01am
Dear Joan and Katie, We are heartbroken to lose Bobby. We are so sorry we can't be there to hug you but are thinking of you with love.

Flowers were purchased for the family of Robert Priest. Send Flowers

Posted Dec 11, 2020 at 10:22am
Our deepest condolences for the loss of a great man. Sending love and hugs from Amsterdam.

Flowers were purchased for the family of Robert Priest. Send Flowers

Out thoughts and prayers are with you all. The ones we love are never gone but live within our hearts. May you know peace and comfort. 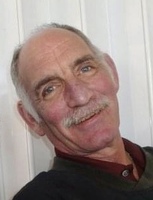