To share your memory on the wall of Enrique Velasquez, sign in using one of the following options:

Affectionately known as “Ricky”, was born February 26, 1970 in Boston. Massachusetts to Blanca Velasquez, and Rafael Perez Velasquez (proceeded in death). Ricky grew up close to his six (6) siblings and loved when... Read More
Enrique Velasquez,

Affectionately known as “Ricky”, was born February 26, 1970 in Boston. Massachusetts to Blanca Velasquez, and Rafael Perez Velasquez (proceeded in death). Ricky grew up close to his six (6) siblings and loved when his family was around. His big personality, smile and laugh gave everyone who was lucky enough to be in his presence a sense of pure innocence and joy. At birth, doctors said that Enrique would not survive past the age of seven (7), and yet we were blessed to have him for 50 years. Through his actions, he always found ways to communicate with his family and expressed himself very well, and he let it be known when something was wrong, or when he felt happy. He loved music and playing his maracas.

Ricky was called home on October 27, 2020. Even though his family is devastated by their loss, they knew he passed away peacefully in his home surrounded by his loved ones. Ricky gave a good fight and overcame a lot of obstacles through the years.

For the safety of those we love and care about during this difficult time, and for those who wish to pay their respects to Ricky and his family can do so in accordance with CDC, Federal and State guidelines in the Mary Catherine Chapel of Brasco & Sons Memorial, 773 Moody Street, Waltham, MA., on Thursday Nov. 5th from 11am - 12pm. A Funeral Service in celebration of Enrique's Life will follow in the Mary Catherine Chapel of Brasco & Sons at 12pm. Burial will take place in Fairview Cemetery 45 Fairview Ave, Boston, MA.

As an expression of grief and sympathy flowers are appreciated.
Read Less

To send flowers to the family or plant a tree in memory of Enrique Velasquez, please visit our Heartfelt Sympathies Store.

We encourage you to share your most beloved memories of Enrique here, so that the family and other loved ones can always see it. You can upload cherished photographs, or share your favorite stories, and can even comment on those shared by others.

Charlie Sartanowicz sent flowers to the family of Enrique Velasquez.
Show you care by sending flowers 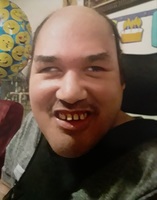 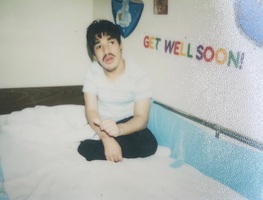 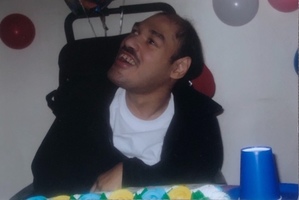