To share your memory on the wall of Sr. Elizabeth Blake, sign in using one of the following options:

Provide comfort for the family by sending flowers or planting a tree in memory of Sr. Elizabeth Blake

Provide comfort for the family by sending flowers or planting a tree in memory of Sr. Elizabeth Blake

Of Waltham, peacefully entered eternal life in the loving arms of her God on Tuesday morning, October 27th, 2020 at Saint Patrick’s Manor in Framingham at the age of 90.

Born on June 3, 1930 in Brooklyn, NY; beloved daughter of the late Joseph Michael Blake and Hanora Agnes (Maguire) Blake, Sister Mary Philothea came from a family of 4 boys and 6 girls.

Sister Philothea and one of her sisters, Sr. Miriam, CSJ, both entered into Religious Life. Sister Mary Philothea entered the Marist Missionary Sisters in Bedford, Massachusetts in 1951 and after her training, Sister took her 1st Vows in 1954.

Sister was missioned to the South Solomon Islands right after Profession. She spent many years teaching at schools in Buma, Malaita from 1954-1958, and Tanagai on Gudalcanal, from 1958-1960.

Sister went to Sydney, Australia for Teacher’s training in 1960 and returned to the Solomons in 1962. Her assignments took her to St. JOHN’S SCHOOL ON Guadalcanal, then to Visale Teacher training school, and to Tenaru until 1970. Sister then started teaching at the Government Teacher Training College until 1975.

Sister returned to the United States in 1981 and went on to work in Pastoral work in Nashville, GA. during 1982-1984. Sister returned to the Solomons where she worked until 1989 then she went to her home to spend some time with her aging mother. Her own medical needs and a Spiritual renewal brought her to 1994 when she once more returned to the Solomons for another two years before transferring to the North American Province in 1996. After giving community service, she went this time to WACO, TX. where she
worked in collaborative ministry with the Marist Fathers until 2001.

In 2006, Sister gave service in Memphis, TN. until 2006. After giving community service for several years, Sister moved to Marillac Assisted Living in Wellesley, Massachusetts in 2013. Sister’s Medical needs eventually brought her to moving to a nursing facility at St. Patrick’s Manor in Framingham.

Sister Philothea is survived by her loving brothers and sisters; Joseph Blake, Robert Blake, Patricia Cregg, Sister Miriam Blake CSJ, Eileen D'Amico, and Barbara Rath. In addition she is survived by many nieces, nephews, and her loving & devoted Community of Marist Missionary Sisters.

She was predeceased by her brothers Daniel and Kevin and her sister Regina Gustaferro.

Due to the current spike in Covid-19 and for the safety of those we love and care about during this difficult time, the Marist Sisters & relatives will gather to celebrate Sister Philothea’s Life, and remember the love she shared with those she touched at a PRIVATE Graveside Funeral Service at the Marist Missionary Sisters Lot in Saint Patrick’s Cemetery in Watertown on Monday, Nov. 2nd.

At a later date, we will have a Mass for all our Sisters and who have died during the present Pandemic.

We encourage you to share your most beloved memories of Sr. Elizabeth here, so that the family and other loved ones can always see it. You can upload cherished photographs, or share your favorite stories, and can even comment on those shared by others. 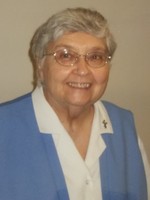 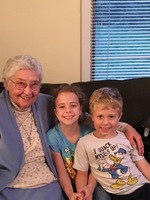 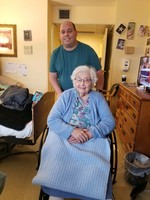 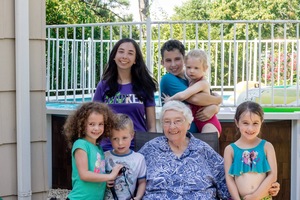