To share your memory on the wall of Barbara Benson, sign in using one of the following options:

She began her career in insurance, working as an adjuster supervisor for Allstate in Weston, MA until she moved to Covington, KY after her marriage to Alfred in 1976. She was a systems analyst at Great American and was an active member of the National Association of Insurance Women, serving as president of the Cincinnati chapter. Barbara shifted careers in 1997, joining the Internal Revenue Service in Covington, where she rose to several managerial positions over 24 years, most recently in communications. She was a mentor and resource to many, well-respected for her judgement and good nature.

Barbara excelled in sewing (she made her own wedding dress), baking, and crocheting, producing dozens of scarves, hats and blankets, which she often gave as gifts. She was a longtime advocate for women in the workplace and an avid follower of politics. She enjoyed reading memoirs and biographies of public figures and always tuned in to the Sunday morning political shows. She loved spending time in her yard which she dutifully maintained, as she continued to mow her own lawn until a few months before her passing.

She was a loyal friend and valued family above all. She would travel any distance for a visit and never missed a wedding, funeral or reunion, even when it was in Finland. She was kind, humble, and an easy companion who enjoyed life on an even keel and without reproach.

Barbara died November 6, 2020 at the University of Cincinnati Medical Center after an 8-year battle with metastatic osteosarcoma of the mandible, a rare cancer that rarely slowed her down, even as she underwent invasive treatments.

She is survived by her husband of 44 years, Alfred Dziczek of Covington, KY; son Timothy Dziczek, daughter Stephanie Dziczek and her husband James Leffler, all of Los Angeles, CA; brothers Paul Benson of San Antonio, TX and Carl Benson of Sebastian, FL; and many cousins, nieces, nephews and friends.

Barbara was buried in Waltham, MA at Mt. Feake Cemetery in a plot with her parents. Out of respect for people's health, her family will host a virtual Celebration of Life to honor her memory with details posted to her Facebook wall. She was dearly loved and will be greatly missed.
Read Less

To send flowers to the family or plant a tree in memory of Barbara A. Benson, please visit our Heartfelt Sympathies Store.

We encourage you to share your most beloved memories of Barbara here, so that the family and other loved ones can always see it. You can upload cherished photographs, or share your favorite stories, and can even comment on those shared by others.

Posted Nov 18, 2020 at 08:14pm
I knew Barbara since 7th grade at North Junior High School. I particularly remember Barbara sitting in front of me in Homeroom, and we shared most classes in junior high school. Then, we both attended UMass Amherst. I remember that we took the bus home one weekend, and I had so much baggage and could barely carry all of it! Fortunately, Barbara and her father, who met us at the Peter Pan Bus Station in Boston, came to my rescue and gave me a ride home. I was always happy to catch up with Barbara at our WHS decade reunions, and was so happy to hear about her family in KY and all their wonderful accomplishments. She was so proud of you all, yet always so humble. Barbara was so sweet, smart, and had what I would call a calm demeanor. I want you, her family, to know how very sorry I am to hear of her passing. I will never forget her. My deepest condolences, Carolyn Brophy Coughlin,
Comment Share
Share via:
GS

Posted Nov 18, 2020 at 10:01am
Although I didn’t see Barbara often, I always enjoyed her visits to her hometown area, whether to attend an event, share an adventure with my sister Lorraine, Ruthie, Phyllis, Suzanne, and others, or a visit to see her family in the area and her hometown friends. I have many memories, going back to college days when I visited Lorraine at UMass, where she and Barbara made stuffed peppers and played Abby Road on the stereo, to “Dog Squad” Christmas gatherings, when friends caught up and always shared a good story and a hearty laugh.
I always admired Barbara’s courage, spirit of adventure, practicality, calm problem-solving ability, and her steadfast loyalty. I know she was deeply devoted to her children, Stephanie and Tim, and incredibly proud of them for who they were, as well as for their accomplishments. I’ve known Barbara for so many years and consider her passing a great loss, for her family to whom I send my deepest condolences, her hometown friends, and her larger community whose lives she could have further touched with her dependable good nature, empathy, and common sense. To Al, Stephanie, and Tim, also extended family, I send my heartfelt sympathy. Barbara was one of a kind—the best kind. 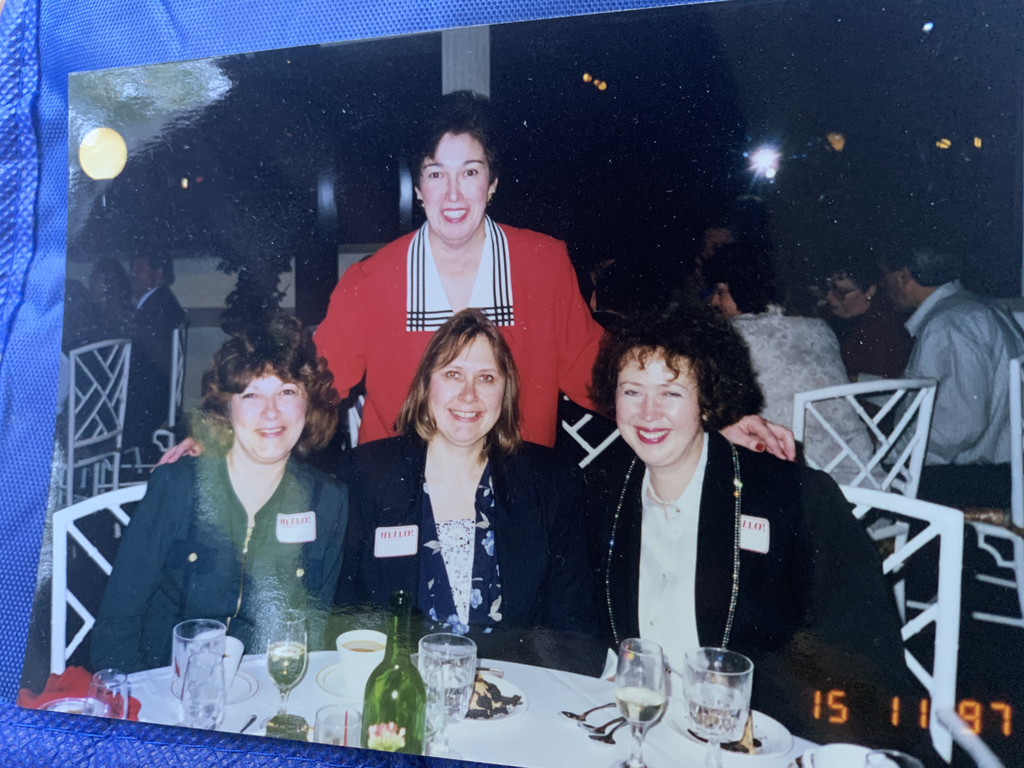 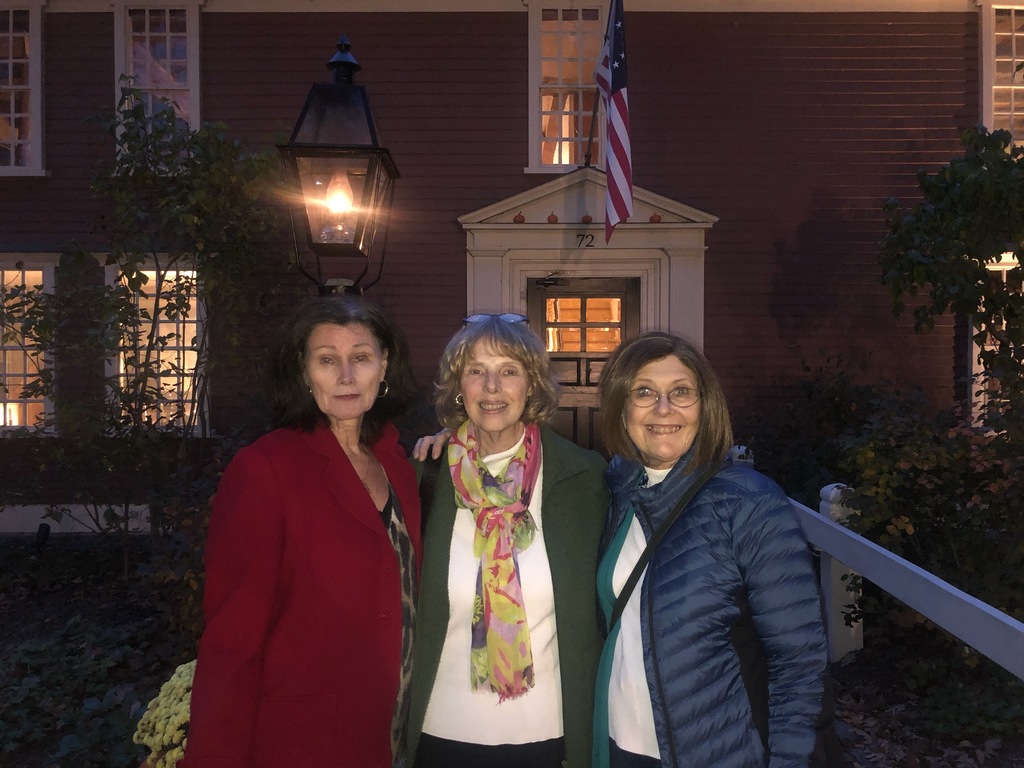 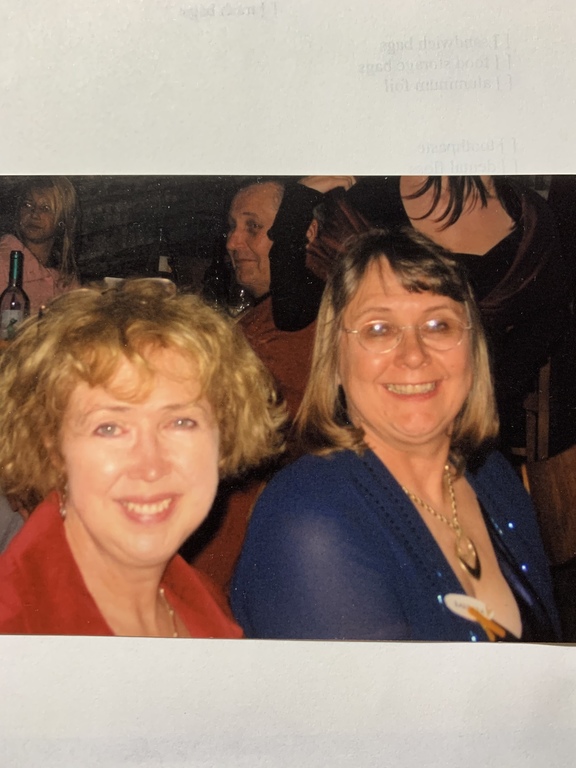 Posted Nov 17, 2020 at 03:54pm
Barbara & I worked in Accounting together at the IRS. She was a very nice, smart & lovely lady. I was very sorry to learn of her passing, as she was strong & fought a good fight for many years. My thoughts, prayers & deepest condolences go out to Barbaras entire family. I will miss her friendship & kindness. 🙏🌹
Comment Share
Share via: 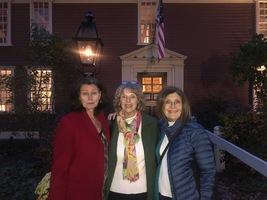 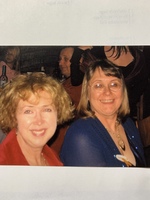 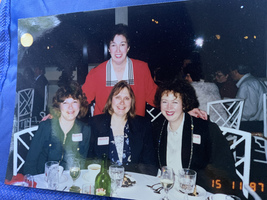