To share your memory on the wall of Francis Umbrello, sign in using one of the following options:

Of Waltham, passed away peacefully but unexpectedly on Wednesday morning October 21st, 2020 in his home at the age of 95.

Of Waltham, passed away peacefully but unexpectedly on Wednesday morning October 21st, 2020 in his home at the age of 95.

Born on February 20, 1925 in Waltham; son of the late Francis Umbrello and Virginia (Chiacchio) Umbrello; Francis was raised in Lincoln and after his marriage he moved to Waltham where he spent the rest of his life.

Francis owned and operated his own trucking company "Umbrello's Trucking. Francis valued hard work, as his company paved most of the major highways throughout the state.

Francis served proudly and honorably with the United States Navy during World War II on the U.S.S. FOG.

He married his beautiful wife and the love of his life Florence Patriacca at Our Lady's Church in Newton. They were happily married for 57 years until her passing in 2004.

His life revolved around his family, he enjoyed every minute spent with his wife, children, grandchildren and great grandchildren . His family loved listening to his stories of life on the farm.

He had a love and enjoyed tending to his garden in his spare time.

Dear brother of the late Rose Sabato and Patrick Umbrello.

Due to the current spike in Covid-19 and for the safety of those we love and care about during this difficult time, relatives & friends who feel comfortable are respectfully invited to attend in accordance with CDC, Federal and State guidelines a Graveside Funeral Service in celebration of Francis Life at Mount Feake Cemetery, 203 Prospect Street, WALTHAM on Saturday morning Oct. 24th at 11:30 a.m. Services will conclude with United States Navy Military Honors in recognition of Francis faithful and honorable service to our country.

In lieu of flowers expressions of sympathy may be made in his memory to the New England Center and Home for Veterans, 17 Court St #2601, Boston, MA 02108
Read Less

To send flowers to the family or plant a tree in memory of Francis Umbrello Jr., please visit our Heartfelt Sympathies Store.

We encourage you to share your most beloved memories of Francis here, so that the family and other loved ones can always see it. You can upload cherished photographs, or share your favorite stories, and can even comment on those shared by others.

Love the LeBlanc Family from Arkansas and A-1 Drilling & Blasting Company sent flowers to the family of Francis Umbrello Jr.
Show you care by sending flowers

Posted Nov 16, 2020 at 08:21am
Please accept our most heartfelt sympathies for your loss... Our thoughts are with you and your family during this difficult time.

Posted Oct 28, 2020 at 06:27pm
I would like to extend my sincerest condolences to Bobby, Jeanne and the entire Umbrellos family at this sad and difficult time. Thank you to your Dad for his service. The Greatest Generation. I am so sorry for your lost and send sincere hopes for your comfort. He appreciated all that you did for him I'm sure. Sincerely, Maureen King classmate to Bobby WHS '75.
Comment Share
Share via:
HS

Flowers were purchased and a memorial tree planted for the family of Francis Umbrello. Send Flowers

Posted Oct 23, 2020 at 06:08pm
Dear Bobby, Debbie and Family:
I am so very sorry for your loss. Thinking of you all during this difficult time. xo
Comment Share
Share via:
J

Love the LeBlanc Family from Arkansas

Posted Oct 23, 2020 at 02:44pm
Our condolences to the Umbrello Family. Our prayers are with you in this difficult time. We know Franny loved his family. He will be missed.

Love the LeBlanc Family from Arkansas purchased flowers for the family of Francis Umbrello. Send Flowers 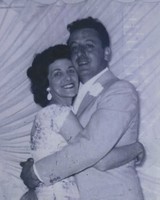 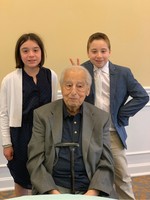 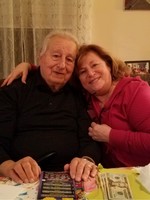 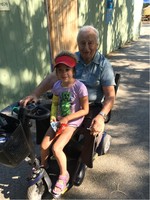