To share your memory on the wall of Sprolda Hyman, sign in using one of the following options:

He was an only child, born to Margaret Morrison Bartley on October 26, 1953 in Portland, Jamaica West Indies. He was raised by his grandparents Constance Morrison and James Brown.

He came to the United States and worked on a farm before moving to Waltham, Massachusetts. He resided and worked in Waltham for the remainder of his life.

Oneson worked as a Sous-chef for many years with Corporate Chefs Inc. in Haverhill MA. He became a Parishioner and worshipped at The First Baptist Church in Waltham. At church he helped serve the community with monthly preparation of meals and feeding the homeless population of Bristol Lodge in Waltham.

Barbequing was an all-time joy of his. He is known by most for his delicious Jamaican Jerk pork and chicken. In addition to cooking he also loved music. His favorite pastime was playing his guitars.

His mother, the last known survivor of his immediate family passed away years ago in the United Kingdom. Oneson is survived by his next of kin Olive Phillips and her husband Frank Phillips, their family, as well as other close friends who gave him support over the years.

Friends and well-wishers are respectfully invited to pay respects and join in a memorial service at the Brasco Memorial Chapel on Moody St, Waltham at a later date.

In Lieu of flowers, donations may be made to the First Baptist Church, 400 Lexington Street, Waltham, MA 02452.
Read Less

There are no events scheduled. You can still show your support by sending flowers directly to the family, or planting a memorial tree in memory of Sprolda Valbetta "Oneson" Hyman.
Plant a Tree

We encourage you to share your most beloved memories of Sprolda here, so that the family and other loved ones can always see it. You can upload cherished photographs, or share your favorite stories, and can even comment on those shared by others.

Posted Sep 30, 2020 at 05:30pm
Wishing you peace to bring comfort, courage to face the days ahead and loving memories to forever hold in your hearts. With MUCH love and hugs,

3 trees were planted in the memory of Sprolda Hyman

Posted Oct 01, 2020 at 03:05pm
May God give you all the strength to move on. just knowing that Oneson has gone to rest, in the arms of Jesus. And he will be a bright star looking down on us. He will be sadly missed. From Ivy and kids.
Comment Share
Share via: 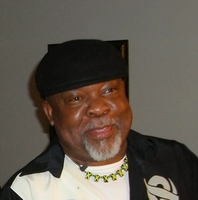