To share your memory on the wall of Lois Torf, sign in using one of the following options:

Eminent 20th-century print collector, passed away at home on September 9, 2020, just shy of her 94th birthday.

A Trustee and Honorary Trustee of the Museum of Fine Arts, Boston since 1985, and before that an O... Read More
Lois B. Torf

Eminent 20th-century print collector, passed away at home on September 9, 2020, just shy of her 94th birthday.

A Trustee and Honorary Trustee of the Museum of Fine Arts, Boston since 1985, and before that an Overseer of the Board, she served as chair of the Visiting Committee to the Dept. of Prints, Drawings and Photographs from 1995 to 1998.

A Distinguished Benefactor, she donated, promised, or supported the acquisition of over 100 works on paper. In 1983, the Lois B. and Michael K. Torf Gallery was named in honor of her and her husband. She was a long-serving member of the Collections Committee, and loaned works from her collection to numerous museum exhibitions across the country. For over twenty years, Lois served as a Trustee of the Institute of Contemporary Art, Boston, including serving as VP Exhibitions and Programs.

The daughter of Benjamin and Augusta (Davis) Beurman, Lois grew up in Dorchester, MA with her beloved sister, the textile artist and educator Barbara Goldberg. She was a proud graduate of UMass, Amherst (1946), the first woman in her family to attend college, and served on the UMass Fine Arts Center Board of Directors as well as the Chancellor's Executive Advisory Committee. She donated significantly to the University Museum of Contemporary Art. She earned an Honorary Doctorate in Fine Arts from UMass Amherst (1986) and one from the Art Institute of Boston (1995).

Lois was happily married for nearly forty years to entrepreneur Michael K Torf, until his untimely death in 1988. They traveled the world together, visiting countries in Europe, South America and the Far East. They cruised the Caribbean, ultimately settling on St Croix.

Lois's interest in art also brought her to the former Soviet Union and to India. Her husband Michael was a stalwart supporter of Lois's collecting. In 1984, the Williams College Museum of Art and the Museum of Fine Arts, Boston both exhibited "The Modern Art of the Print: Selections from the Collection of Lois and Michael Torf." With Multiples, Inc NYC, they co-published the book "Autobiography: Sol LeWitt 1980." Lois had an extraordinarily bold eye for both art and architecture, and enjoyed friendships with numerous artists, whom she often hosted at her home. She also mentored countless print collectors and welcomed visitors from museums around the world to view her collection.

She bravely moved on with life after the untimely deaths of Michael and their son, Andrew.

For her 75th birthday, she and daughter Adrienne visited art museums in Paris, Berlin, Venice, Barcelona, Bilbao and London. Considered by most to be a "force of nature," she never lost her determination to live a meaningful life full of family, friends, and service. Her sense of humor was unparalleled.

A lifelong Democrat, she abhorred the current administration. She was zealous about watching professional tennis, attending the US Open in Queens seven times, starting with her 80th birthday and concluding with her 93rd.

She adored her daughter Adrienne and loved Adrienne's partner Konda Mason; her nieces and nephews, Arthur, Marcia, Bennett and Anne Goldberg and their partners Meira, Alan and Lisa; and grand-nieces and nephews Michael, Ellen, Ruby, Amelia and Benjamin. She will be missed immensely.

A virtual memorial service will be held later in the fall. For information, please write to loistorfmemorial@gmail.com. Donations in Lois's memory may be made to the Museum of Fine Arts, Boston Curators Circle: Prints & Drawings; the UMass Amherst University Museum of Contemporary Art; The Greater Boston Food Bank; the National Temporal Bone Registry.
Read Less

There are no events scheduled. You can still show your support by sending flowers directly to the family, or planting a memorial tree in memory of Lois Torf (Beurman).
Plant a Tree

We encourage you to share your most beloved memories of Lois here, so that the family and other loved ones can always see it. You can upload cherished photographs, or share your favorite stories, and can even comment on those shared by others.

Plant a Tree in Memory of Lois
Plant a tree 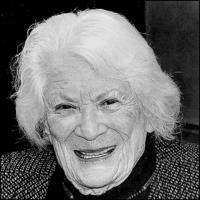