To share your memory on the wall of Jake Williams, sign in using one of the following options:

Of Plymouth, entered eternal rest & peace on Wednesday August 19th, 2020 while stationed at Pearl Harbor in Hawaii. He was 24 years old.

Of Plymouth, entered eternal rest & peace on Wednesday August 19th, 2020 while stationed at Pearl Harbor in Hawaii. He was 24 years old.

Born on May 3, 1996 in Boston; beloved son of Julie (Gertz) Williams and Robert J. Williams. Jake was raised in Tyngsboro.

A graduate of Tyngsboro High School with the Class of 2014, Jake furthered his education at Becker College.

He enlisted in the United States Navy, graduating from the Naval Station Great Lakes in Chicago. He was stationed in Groton, Connecticut for a period of time before being transferred to the U.S.S. Cheyenne Naval Submarine serving as an Sonar Technician, Petty Officer 3rd Class.

Jake had a love for writing, drawing, Sci-Fi movies, studying military history, gaming and paintball. He had a special bond with his brother and treasured the time spent with his family & friends.

Maternal grandson of the late Josephine and Robert Gertz.

For the safety of those we love and care about during this difficult time, for those who wish to pay their respects to Jake and his family can do so in accordance with CDC, Federal and State guidelines in the Mary Catherine Chapel of Brasco & Sons Memorial, 773 Moody Street, Waltham, MA., on Tuesday Sept. 8 from 4:00 - 7:00 p.m.

A Mass of Christian Burial will be held at Our Lady Comforter of the Afflicted Church, 920 Trapelo Road, Waltham on Wednesday morning Sept. 9th at 9:30 a.m.

Following the Funeral Mass the family will gather to share their love and support for one another during a PRIVATE burial with United States Navy Military Honors at Woodlawn Cemetery in Everett. The United States of America flag will be lowered to half-staff at all state buildings from sunrise until sunset on Wednesday, Sept. 9 in observance.

In lieu of flowers expressions of sympathy may be made in his memory to the National Alliance on Mental Illness (NAMI), https://www.nami.org/ (or by mail to: 4301 Wilson Blvd., Suite 300, Arlington, VA 22203)
Read Less

To send flowers to the family or plant a tree in memory of Jake Thomas Williams, please visit our Heartfelt Sympathies Store.

We encourage you to share your most beloved memories of Jake here, so that the family and other loved ones can always see it. You can upload cherished photographs, or share your favorite stories, and can even comment on those shared by others.

Posted Sep 09, 2020 at 11:40am
From a fellow Massachusetts Navy family, so sorry to hear of your loss. Thank you for your son's service, and prayers for your family during this unimaginably difficult time.
Comment Share
Share via:
MA

Flowers were purchased and a memorial tree planted for the family of Jake Williams. Send Flowers

Flowers were purchased for the family of Jake Williams. Send Flowers

Posted Sep 07, 2020 at 11:12pm
Bob, Julie and Tim......love and peace go with you, during this very sorrowful time. My heart is heavy for your precious loss. I love you very much. God’s love and peace are with you and Jake. I love you...Aunt Ruthie
Comment Share
Share via: 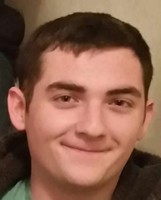