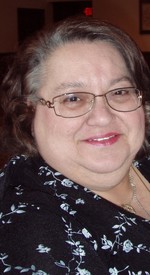 Mary Annette Russo Morse, resident of West Newton, died Wednesday July 29th 2020 peacefully at home in West Newton after a long illness. She was 72 years of age. Mary was born September 13th, 1947, in Newton, MA. The daughter of John P. Russo and Florence [Gurney] Russo. She graduated from Newton North High School in the class of 1965. She attended a small business school in Boston where she met her beloved husband Richard R. Morse who was a fellow student. After graduation Mary and Richard were married, settling in Newton and raising two daughters, Kristen L. Barletta of Dedham and Heather A. Crowley of West Newton. Mary is also survived by three grandchildren. Ariana, Angelina and Anthony.

Mary was a devoted stay-at-home mother. She spent many hours volunteering at local school and scouting programs. She developed a successful home childcare business in the early 1980s. Later she followed her husband's travel around the United States during his time serving in the United States Army from 1985 to 1999. Mary devoted many hours to supporting the Army Family Support Program for Active and Reserve units, creating wonderful holiday programs and supporting troop deployment and return activities.

For the safety of those we love and care about during this difficult time, and for those who wish to pay their respects to Mary's family; you can do so in accordance with CDC, Federal and State guidelines in the Mary Catherine Chapel of Brasco & Sons Memorial, 773 Moody Street, Waltham, MA.,

Visiting hours will be held Thursday, August 6th, 2020 from 10 a.m. to noon at the Brasco Funeral Home located Visitation will be followed by a funeral service at noon in the Brasco Memorial Chapel. Interment will follow at Newton Cemetery. Flowers are appreciated as an expression of sympathy.