To share your memory on the wall of John Creamer, sign in using one of the following options:

Print
John “Jack” E. Creamer of Waltham passed away peacefully on July 27 th after a courageous
battle with cancer.

Born on August 15, 1961, and son of the late Edward J. Creamer and Catherine (McShane)
Creamer, Jack was raised... Read More
John “Jack” E. Creamer of Waltham passed away peacefully on July 27 th after a courageous
battle with cancer.

Born on August 15, 1961, and son of the late Edward J. Creamer and Catherine (McShane)
Creamer, Jack was raised in Waltham and continued to spend much of his life there.

Jack is survived by his daughter, Regina (Creamer) Douglas, her husband, Scott Douglas and
their son, Scott Douglas Jr; his loving fiancé of 17 years, Janice Dallaire and her children, Jenna
Bowsza and Adam Dallaire; his devoted siblings Steven Creamer and his wife Wendy of
Fitchburg; David Creamer and his wife Denise of Attleboro; Karen Landis and her partner
Barney Wallace of Allston; Laurie Johnson and her husband Tom of Berkley; and by an aunt,
uncle, many nieces, nephews and close friends.

Jack is now reunited with his parents and nephew, Aaron. He will be greatly missed by all who
knew him, but never forgotten.

When the Boston Bruins were not on, you could find Jack relaxing by the ocean, playing games
with friends and family, listening to music, observing nature, fishing, or spending time with his
grandson, “Bubbies.”

He also loved vacationing at Hampton beach every July, as well as making spontaneous
weekend trips to Ogunquit. Jamaica was his all-time favorite destination.

Jack admired his family and lifelong friends from the “old neighborhood.” He had a bright and
energetic personality and was known to many as “the life of the party.” He was always willing
to lend a helping hand, even to a stranger. For many years, Jack worked with the public,
something he genuinely enjoyed. A fantastic chef, he owned his own catering business, and
before becoming ill, he worked for Patriot Taxi in Waltham, a job he loved.

Family and friends will gather to share their love and support during a celebration of life at the
Mary Catherine Chapel at Brasco & Sons on Monday, August 3rd from 4:00 pm to 8:00 pm.

For the safety of those we love and care about during this difficult time, and for those who wish to pay their respects to John and his family. The family has respectfully requested that everyone please do so in accordance with CDC, Federal and State guidelines by refraining from hugging and handshaking of any kind.

In lieu of flowers, donations can be made in Jack’s name to the American Cancer Society.
Read Less

To send flowers to the family or plant a tree in memory of John Edward Creamer, please visit our Heartfelt Sympathies Store.

Vicki, Tharon and Bubba aka Fred the dog, Aunt Margie, and other have sent flowers to the family of John Edward Creamer.
Show you care by sending flowers

Posted Aug 04, 2020 at 01:01pm
Just would like to say to his family,and Janice and friends, So sorry for your loss! He was such a loving, genuine, sweet, funny person to all he knew. We all were blessed to have been a part of his life and his part of ours. So many things I would love to go on about , but have seen the amazing pictures on-line of our Jack. You will always be in our hearts Will miss you calling me cupcake when being a wiseguy. Love yeah Bubbles, Shine on Jack and sail on till we see you again.
Comment Share
Share via:
ML

Posted Aug 03, 2020 at 12:12pm
Steve, David, Karen and Laurie, We were so sorry to learn of Jack's passing. Regretfully, due to Ann's medical condition and Covid-19 we are unable to attend the service. Our thoughts and prayers go out to you. Love, Ann and Mike
Comment Share
Share via:
VD

Vicki, Tharon and Bubba aka Fred the dog

Vicki, Tharon and Bubba aka Fred the dog purchased flowers for the family of John Creamer. Send Flowers 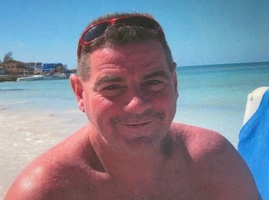 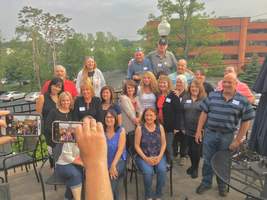 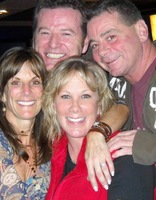