To share your memory on the wall of Delia Verros, sign in using one of the following options:

Of Waltham, passed away peacefully at home surrounded by her family on Saturday June 27, 2020.

Born on December 3, 1917 in Waltham, daughter of the late Marie and Angelo Cusano. She was the b... Read More
Delia (Cusano) Verros, age 102

Of Waltham, passed away peacefully at home surrounded by her family on Saturday June 27, 2020.

Born on December 3, 1917 in Waltham, daughter of the late Marie and Angelo Cusano. She was the beloved wife of the late George P. Verros.

Delia leaves behind her daughter, Patricia Alonzi, of Waltham, grandsons George Alonzi and his wife Tracy of Waltham and Mark Alonzi and his wife Donna and their children Gabrielle and Michael of Marlborough, as well as many nieces and nephews. She was preceded in death by her siblings; Caroline Cappozzi, Nellie (Theresa) Daddona, Emma Morreale, Salvatore Cusano, Frank Cusano, James (Jimmy) Cusano, Michael Cusano, William Cusano, George (Babe) Cusano. She also leaves behind many close friends in Florida, as she spent many winters there, as well as numerous friends throughout the state of Massachusetts.

Delia ("Nonnie" as she loved to be called) was a lifelong resident of Waltham and loved and cherished the City. During WW 2 she was a Civil Defense Air Raid Warden; a position she held proudly. Delia and her late husband built their first and only home in Waltham in 1959.

She loved to cook and bake for family and friends, and all who would visit would arrive to wondrous smells of homemade Italian cooking.

Delia was employed for 37 years at TRW formerly known as Ucinite in Newton, Massachusetts as the night nurse (as she wanted to be called!). She was a life member of the Sons of Italy of Watertown.

She loved cheering for the New England Patriots and Boston Bruins as well as for her great-grandchildren's' sports teams. Delia loved her trips to Gloucester during the summer and looked forward to having her lobster dinners. She also like to spend time "out in the country", as she called it, while visiting family in Marlborough. Nonnie was one of a kind (they broke the mold!).

She was a strong Italian/American woman, devoted to her family, and committed to her Catholic faith. She will be sorely missed by everyone; Arrivederci Nonnie, until we meet again!

For the safety of those we love and care about during this difficult time, and for those who wish to pay their respects to Delia and to her family; you can do so in accordance with CDC, Federal and State guidelines in the Mary Catherine Chapel of Brasco & Sons Memorial, 773 Moody Street, Waltham, MA., on Wednesday morning July 1st from 10 - 11 a.m. followed by a funeral service celebrating her life at 11 a.m. Burial will follow at Newton Cemetery.
Read Less

To send flowers to the family or plant a tree in memory of Delia Mary Verros (Cusano), please visit our Heartfelt Sympathies Store.

We encourage you to share your most beloved memories of Delia here, so that the family and other loved ones can always see it. You can upload cherished photographs, or share your favorite stories, and can even comment on those shared by others.

Stella Luberto and Kellie, Bobby,Shea and Sam sent flowers to the family of Delia Mary Verros (Cusano).
Show you care by sending flowers

Posted Jul 03, 2020 at 05:25pm
Pat
Just read your beautiful Mom had passed. May she Rest In Peace and she was so lucky to have had you at her side always .
Please convey my condolences to your family.

Posted Jun 30, 2020 at 04:43pm
You have been an amazing friend to my family and unforgettable sitter, memories that I will always cherish. Love Stella Luberto, Susie Filosa & fam 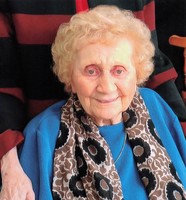 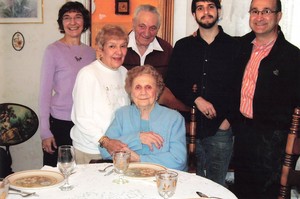 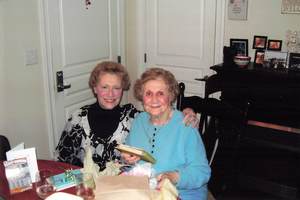 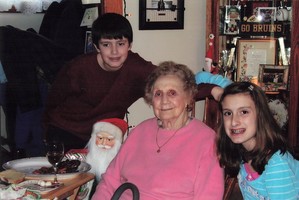