To share your memory on the wall of Lawrence Zastrea, sign in using one of the following options:

Of Waltham, passed away peacefully on Wednesday morning June 3rd, 2020 in the Newton - Wellesley Hospital after declining health at the age of 78.

Of Waltham, passed away peacefully on Wednesday morning June 3rd, 2020 in the Newton - Wellesley Hospital after declining health at the age of 78.

Born on December 3, 1941 in Manhattan, New York; son of the late Harry Zastrea and Bessie Lee (Lotstein) Zastrea. Larry was raised in New York and had lived for a period of time in Watertown, Massachusetts before moving to Waltham.

Larry served proudly and honorably with the United States Army during the Vietnam War.

He was employed with the City of Newton as a Laborer for 34 years.

His family and his friends were always first and foremost; he cherished the time spent traveling to the Cape, going fishing in Gloucester, or just sitting on the couch watching television He was a passionate and diehard Boston sports fan, following the Boston Celtics, Boston Red Sox and New England Patriots. He enjoyed watching boxing and golf. He liked to whist with family and friends. He certainly wasn't shy about eating; Larry loved to eat anything and everything except for liver and onions or runny eggs.

Larry had a strong faith in his God and attributes his deep faith to the inspiration he received from Reverend Gregory Hoppough the former Pastor of Sacred Heart Parish Community; where Larry devoted much of his time and energy. He managed the Sacred Heart Food Pantry for close to 20 years and had been a devoted member of the Knights of Columbus 3rd Degree Knight for 15 years.

He was a kind, compassionate, understanding and loving man. Larry will forever live in the hearts and minds of those he loved and cared so much for over the years.

For the safety of those we love and care about during this difficult time, and for those who wish to pay their respects to Larry and his family; you can do so in accordance with CDC, Federal and State guidelines in the Mary Catherine Chapel of Brasco & Sons Memorial, 773 Moody Street, Waltham, MA., on Monday morning June 8th from 10 - 11 a.m. followed by a funeral service celebrating his life at 11 a.m. Burial with United States Army Military Honors will be held at Calvary Cemetery in Waltham.
Read Less

To send flowers to the family or plant a tree in memory of Lawrence "Larry" Zastrea, please visit our Heartfelt Sympathies Store.

We encourage you to share your most beloved memories of Lawrence here, so that the family and other loved ones can always see it. You can upload cherished photographs, or share your favorite stories, and can even comment on those shared by others.

Posted Jun 07, 2020 at 06:58pm
Sam and family, May this give you some peace that he will continue to blossom and grow in your hearts and souls.

Posted Jun 07, 2020 at 12:06pm
The Lombard and Mangan families want to extend our deepest condolences to Larry's family. We have known Larry from Sacred Heart Church and know what a devoted family man he was and how devoted he was in his faith. We are mourning the loss of Larry right along with you as he was certainly someone who made the world a better place. I do know, however, that Larry is now in God's arms as he is so deserving of Eternal Peace. With Kindest Regards, Karen (Lombard) Mangan & Family
Comment Share
Share via: 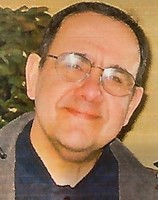 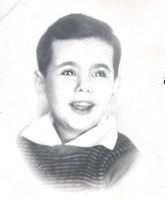 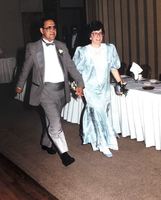 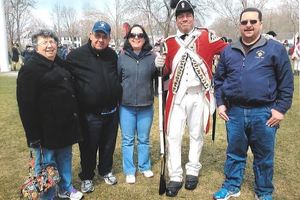