To share your memory on the wall of Sr. Catherine Keogh, sign in using one of the following options:

Provide comfort for the family by sending flowers or planting a tree in memory of Sr. Catherine Keogh

Provide comfort for the family by sending flowers or planting a tree in memory of Sr. Catherine Keogh

Of Waltham, peacefully entered eternal life in the loving arms of her God on Friday, May 15th, 2020 at the Elizabeth Seton Residence in Wellesley at the age of 97.

Of Waltham, peacefully entered eternal life in the loving arms of her God on Friday, May 15th, 2020 at the Elizabeth Seton Residence in Wellesley at the age of 97.

Born on April 22, 1923 i in New York City; beloved daughter of the late John J. Keogh and Johanna (Moran) Keogh. Sister Catherine was one of seven children born to John and Johanna Keogh, there were four boys and three girls.

Sister Catherine entered the Marist Missionary Sisters in Lowell, Massachusetts on July 31, 1952. She made her Profession of Vows on February 2, 1955 in Bedford, MA. She was missioned soon after to Bougainville, PNG on April 15, 1955 and began her teaching career until March 1964 when she returned to the United States for a Spiritual Renewal.

In November 1964, Sister returned to Bougainville and continued to teach and work with the CSN local Sisters community through 1976.

After a brief home visit in 1976, Sister was named Regional Superior of PNG from 1977-1982. Sister Catherine transferred to the North American Province in 1982 to work in Formation until 1985.

Sister returned to PNG and community service until 1990. Sister worked in the Highlands of PNG at the Catechist Training Center in Erave from 1990-1993, and then had her Home Visit in 1996. After returning to PNG, she spent time in Sydney, Australia for health reasons returning once again to PNG in 1999-2005.

Sister left PNG in 2005 for Australia and onto the USA where she gave community service in Belmont 2005-2014.

Sister was missioned to Marillac Assisted Living in Wellesly Hills, Massachusetts in 2014 as her health was beginning to deteriorate.

Sister Catherine had a great sense of humor that was infectious. A new joke was forever on her lips regardless of how she felt. She will be remembered having walked many a Walk for Hunger in Boston even a year after having had hip surgery.

Sister Catherine is survived by her dear sister Nora and niece,Virginia of New York; and her loving & devoted Community of Marist Missionary Sisters.

Due to COVID-19 and out of genuine concern for those that Sr. Catherine loved and cared so deeply for; the Marist Sisters will gather to celebrate Sister Catherine's life and remember the loved she shared at a private Graveside Funeral Service in the Marist Missionary Sisters Lot at Saint Patrick’s Cemetery in Watertown.

To send flowers to the family or plant a tree in memory of Sr. Catherine "Sr. Mary Concilia" Keogh Smsm, please visit our Heartfelt Sympathies Store.

We encourage you to share your most beloved memories of Sr. Catherine here, so that the family and other loved ones can always see it. You can upload cherished photographs, or share your favorite stories, and can even comment on those shared by others. 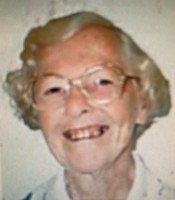