To share your memory on the wall of Bartholomew Gavini, sign in using one of the following options:

Of Waltham, passed away Wednesday afternoon, May 13, 2020 at the age of 80 after a courageous battle with Leukemia.

Of Waltham, passed away Wednesday afternoon, May 13, 2020 at the age of 80 after a courageous battle with Leukemia.

Born in Newton the son of the late Bartholomew and Josephine (Mirabito) Gavini. Mr. Gavini was raised and educated in Newton living in the Upper Falls and Highland villages of the City. He was a graduate of Newton High Vocational School.

A Waltham resident since 1963, he had owned and operated the former B&G Fuel Oil Company. An employee of the City of Waltham, Mr. Gavini retired after working in the Waltham Housing Authority for many years.

He had been a seasonal resident of the Milton/Farmington, New Hampshire area.

A veteran of the Navy he was Electrician's Mate Third Class and a Submariner serving aboard the USS Darter SS 576 out of Charleston, South Carolina.

Mr. Gavini is survived by his wife of 56 years Constance Irene (Paulas) Gavini, his children Roberta Morley and her husband Bill, Robert Gavini, and Lawrence Gavini and his wife Janette , his sisters Lucy Budgell and Julie Szczerbinski. He is also survived by his three grandchildren, Alisha Hankins, William Morley, & Jennifer Morley and her fiancé Ted O’Hagan and a great granddaughter, Adriana Hankins.

He was predeceased by his brother Lawrence Gavini.

Out of genuine concern for those we love and care deeply about during this difficult time throughout the world and in our community; family & friends gathered to celebrate Bart's life and remember the loved he shared with those he touched in a private Funeral Service at the Mary Catherine Chapel of Brasco & Sons Memorial Chapels in Waltham followed by burial at the Massachusetts Veterans National Cemetery in Bourne.

In lieu of flowers expressions of sympathy may be made in his memory to the Leukemia & Lymphoma Society, 70 Walnut St #301, Wellesley, MA 02481

To send flowers to the family or plant a tree in memory of Bartholomew "Bobby" Gavini Jr., please visit our Heartfelt Sympathies Store.

We encourage you to share your most beloved memories of Bartholomew here, so that the family and other loved ones can always see it. You can upload cherished photographs, or share your favorite stories, and can even comment on those shared by others.

Posted Sep 10, 2020 at 08:14pm
My deepest sympathy to his family. I met Bart in 1971 when he hired me as his helper and ever since then we have remained close friends. A true friend with a heart gold, always available to lend a hand and an overall classy person to be around. Mr Bart, I will be forever be indebted to you for all your good deeds, knowledge, and advise that you so freely shared with me. I miss you good buddy but you will always be in my thoughts. With warmest regards Bruno and Joanne DiDuca
Comment Share
Share via:
SD

Posted May 29, 2020 at 04:17pm
We are thinking of Bobby and his family during this difficult time. Bobby's spirit lives on through his children and grandchildren, and we feel blessed to have known him. With warmest regards, Michael Szczerbinski and Stephanie Dufner
Comment Share
Share via:
BS

Posted May 28, 2020 at 04:33pm
My deepest sympathies. I am so sorry, and especially during a time like this. Uncle Bobby was great to be around, and I'm so happy I was able to speak with him a few days prior. It was a peaceful conversation and from it you could tell he cared deeply about his family. I look forward to a day when we can all get together and remember him. I will be thinking of you all tomorrow.
Comment Share
Share via: 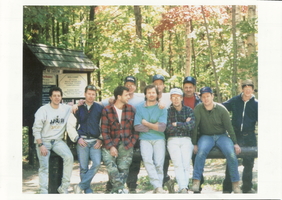 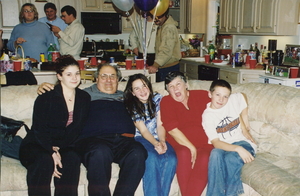 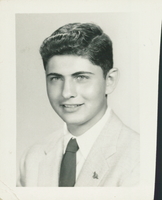