To share your memory on the wall of Frederick Tortola, sign in using one of the following options:

Provide comfort for the family of Frederick Tortola with a meaningful gesture of sympathy.

Of Waltham, MA, passed away Saturday, March 21, 2020, at home in the company of family and one of the very kind and compassionate nurses from Care Dimensions Home Hospice.

Of Waltham, MA, passed away Saturday, March 21, 2020, at home in the company of family and one of the very kind and compassionate nurses from Care Dimensions Home Hospice.

Born on November 6, 1942 in Waltham; son of the late Frederick R. Tortola Sr. and Katherine (Rando) Tortola, Fred was raised, educated and has been a lifelong resident of Waltham.

A graduate of Waltham High School with the Class of 1961, he furthered his education graduating from the Burdett School of Business in Boston. After graduation, Fred proudly served with the United States Air Force.

Fred and his cousin Angelo Cotoni became partners and co-owners of the Charlesbank Deli on South Street in Waltham near Brandeis University. After a few years he left there and started to work in the family business. Fred followed in his father's footsteps and eventually became co-owner of that business with his sister Rita. They successfully owned and operated one of Waltham's most iconic businesses until his retirement in 2002.

The Wal-Lex, was an entertainment complex located in Lexington Street and was considered a landmark in Waltham and the surrounding area, it consisted of a 60-lane candlepin bowling facility, a rollerskating rink, billiard tables, and video games. It also featured mini-golf until 1985. He loved going to the Wallex every day and meeting and talking to all the bowlers, roller skaters and those who enjoyed eating at the Dairy Bar.

After retirement Fred loved to travel with his wife and family. He cherished the moments spent with his entire family. In his spare time you would find Fred tending to his garden, woodworking and crafting some amazing birdhouses, or just relaxing by sitting on the deck at his house on the Cape.

Fred was loved and will be missed by his beloved wife of 49 years Monica (Foley) Tortola; his devoted & loving daughters Cara Tortola and her husband Christian Aamodt of Oslo Norway; Deborah and her husband Matthew Griffin of Bedford; Leah and her husband Sean Walton of Bedford; and his son Daniel and Daniel's wife Jessica of Lynnfield. He was the cherished grandfather of Thomas and Amelia Griffin, Owen and Evelyn Walton, Isabel and Lina Aamodt, Jack and Ryan Tortola. He also leaves his dear sister, Rita Collura, of Waltham.

For the safety of those we love and care so much about during this difficult time Funeral Services will be private.

Anyone wishing to remember Fred with a donation may do so by giving to Care Dimensions Hospice, 75 Sylvan Street, Suite B-102, Danvers MA 01923.

We pray that everyone will stay well and join us at a later date to celebrate a wonderful husband, father, grandfather, brother, uncle, cousin and friend.
Read Less

There are no events scheduled. You can still show your support by sending flowers directly to the family, or planting a memorial tree in memory of Frederick R. Tortola Jr..
Plant a Tree

We encourage you to share your most beloved memories of Frederick here, so that the family and other loved ones can always see it. You can upload cherished photographs, or share your favorite stories, and can even comment on those shared by others.

Posted May 21, 2020 at 11:24am
With loving memories of Fred and in honor of his passion for planting his garden, and for nurturing all of us. He will be in our hearts forever.

Posted Apr 06, 2020 at 08:43pm
To the Tortola Family,
My deepest condolences for your loss. Fred was a great man who loved Waltham and quietly did so much for so many in our community. He will be deeply missed.
Jack Cox
Comment Share
Share via:
MN

Posted Apr 02, 2020 at 12:14pm
Remembering old & lovely memories! Love to you all, Rita and Monica, your beautiful families, to Fred's cousins & their families! Love, Marla

Posted Apr 01, 2020 at 01:45pm
Dear Rita and family, I’m so sorry to learn of Fred’s passing. He was a wonderful man and so enjoyed our talks. My sincere condolences.
Janice Castellano
Comment Share
Share via: 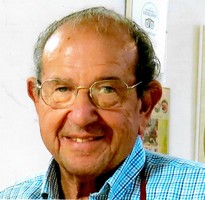