To share your memory on the wall of John MacKenzie, sign in using one of the following options:

Provide comfort for the family of John MacKenzie with a meaningful gesture of sympathy.

Print
Of Waltham, passed away peacefully on March 4th, 2019 in the Newton - Wellesley Hospital with family by his side at the age of 82.

Born on June 10, 1937 in Waltham; son of the late William M. MacKenzie and Catherine (Zeno) MacKenzie, Joh... Read More
Of Waltham, passed away peacefully on March 4th, 2019 in the Newton - Wellesley Hospital with family by his side at the age of 82.

Born on June 10, 1937 in Waltham; son of the late William M. MacKenzie and Catherine (Zeno) MacKenzie, John resided in Watertown and Belmont for several years, before moving back to Waltham where he spent most of his life.

John was a proud Veteran of the United States army serving during the Vietnam War.

A graduate of Saint Charles Borromeo High School; John furthered his education at Northeastern University with a degree in Business Management and then went onto Wentworth Institute of Technology where he received a degree in Engineering.

John was employed at Instrumentation Laboratory; MediTech and Digital Corporation for many years. Later in life John obtained his realtors license, and worked alongside his wife with Uniglobe Reliance Travel for years.

His true passion in life was playing and teaching Piano. He was a professional Piano player and Instructor throughout his life; he played for weddings and throughout New England in the hospitality industry at clubs, bars and restaurants. John was a part of several bands including the "Sounds of the Night" and the "Red Barons".

His beloved wife Frances (Russo) MacKenzie predeceased him in 2007.

He was predeceased by his dear brother Deacon William E. MacKenzie.

Relatives & Friends are respectfully invited to attend a Funeral Service in celebration of John's Life in the Mary Catherine Chapel of Brasco & Sons Memorial, 773 Moody Street, WALTHAM on Tuesday afternoon March 10th at 12:00 p.m. Visiting Hours will be held in the Brasco Memorial Chapels Funeral Home on Monday from 4 - 8 p.m. Burial with United States Army Military Honors will be held PRIVATE at the V.A. Massachusetts National Cemetery in Bourne.
Read Less

To send flowers to the family or plant a tree in memory of John W. MacKenzie, please visit our Heartfelt Sympathies Store.

The Gogan Family (Mark, Jenny, Jimmy, Rob and Deni, Denise & Jeff, Susan & Brian, Scott & Deb, and others have sent flowers to the family of John W. MacKenzie.
Show you care by sending flowers

Posted Mar 09, 2020 at 04:45pm
Diane and Matt,
So sorry to hear about your Dad's passing. Always a friendly & kind face to see each day in the neighborhood.
Cheryl & Ken King
Comment Share
Share via:
HS

Flowers were purchased for the family of John MacKenzie. Send Flowers 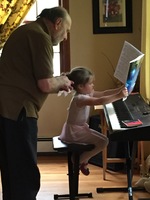 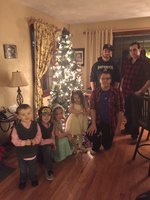