To share your memory on the wall of David Caissie, sign in using one of the following options:

Of Chelsea formerly of Newton, passed away unexpectedly Monday morning January 27th, 2020 after suffering heart failure at the age of 56.

Of Chelsea formerly of Newton, passed away unexpectedly Monday morning January 27th, 2020 after suffering heart failure at the age of 56.

Born on October 24, 1963 in Newton; beloved son of the late David Caissie and Mary Virginia (Yeagle) Caissie. David was raised in Newton and lived there most of his life until moving to Chelsea 5 years ago.

A graduate of Newton North High School with the Class of 1981, He had been employed in the Plumbing trades for most of his life, and most recently with the Veterans Administration Hospital in Jamaica Plain in the Maintenance department.

David proudly served with the United States Army in Germany for many years.

Nothing in this world was more important to David than his family. he cherished the moments spent with family and friends.

David is survived by his loving & devoted siblings Cathy Caissie of Methuen; Carolyn Caissie of Waltham; Steven Caissie of Newton, and Kevin Caissie; his dear sister-in-law Agnieszka "Angie" M. (Matusik) Caissie; his cherished nieces & nephews Scott, Jack, Kaylee, Christian and Brianna; his former wife Sandra and her daughter Sara and his close friend Haether. In addition he is survived by many aunts, uncles, cousins and close friends.

Brother of the late John Caissie

Relatives & Friends are respectfully invited to attend a Funeral Service in celebration of David’s Life in the Brasco & Sons Memorial Funeral Home, 773 Moody Street, WALTHAM on Saturday afternoon Feb. 1st at 12:00 p.m. Services will conclude with United States Army Military Honors in recognition of David's faithful and honorable service to our Country. Visiting Hours will be held in the Funeral Home prior to the service on Saturday Feb. 1st from 9am – 12 p.m. Parking attendants on duty.

In lieu of flowers donations in David's memory may be made to the Soldier's Home, 91 Crest Avenue, Chelsea, MA 02150.
Read Less

We encourage you to share your most beloved memories of David here, so that the family and other loved ones can always see it. You can upload cherished photographs, or share your favorite stories, and can even comment on those shared by others.

Posted Feb 01, 2020 at 07:48am
A short tale to tell:
A blooming Rose amongst a garden of vines.
Thanks to a tall masculine Gardner. She,the Rose escapes the choke hold of dead green.
As the Rose rose blossoms on a dewy morning as the sun also rises it is now set in a beautiful vase bathed in warm water. Carefully taken care of with ammeture pruning once in while, He read Earnest Hemminghway and highly recommends his writings as though he had company.
A dewy morn' , absorbing the daylight, She, Rose volumptiosly blossoms. No words from " From Whom The Bell Tolls" The Gardner had other plains to secure.. He is gone now and she Rose is strong.
Not only a Rose seedling can can rise The Sun also Rises and beautiful Soul can too.

Thank you David , thank you Caissie Family, prayers and words.

A thousand words: Monday I randomley decided to finish " The Sun Also Rises " by E. Hemingway. I just knew I had to finish it and I'm almost there.
Thank you again David. You are Loved.
I know David was momentarily with me in the library. Therefore my thought and condolences are with you.

Posted Jan 31, 2020 at 04:41pm
We will remember David fondly for his service to the VA and his friendship and support to many Veterans and his kind heart. ~ The staff at the JPVA

Boston VA Staff purchased flowers and planted a memorial tree for the family of David Caissie.

Posted Jan 31, 2020 at 08:13am
Dear Cathy, Kevin, Carolyn and Steven,
I am very saddened about the sudden passing of your brother David. His passing as well as Johnny ‘s was far too soon. My heart goes out to all of you during this difficult time. I have so many fond memories of him when we were growing up and living across the street from each other. David , Rest In Peace my childhood friend and I will forever cherish the kind words you said to me the last time we saw each other .Thank you and God Bless.
Comment Share
Share via:
HS

Flowers were purchased for the family of David Caissie. 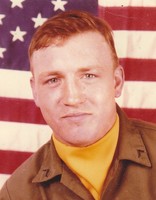 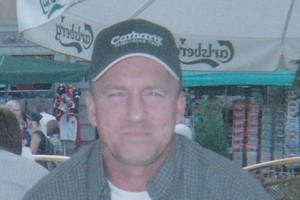