To share your memory on the wall of Richard Mahoney, sign in using one of the following options:

Born in Waltham he attended school here and moved to Gloucester for a period of time eventually settling and purchasing his home in Natick.

Growing up in Waltham he made habit of making friends wherever he went, quick to stick up for whomever, whenever, he had the nickname “Toughy” Mahoney, and during his life he overcame personal addiction and spent the last 40 years counseling and helping others and who have been afflicted with addiction, his full time job was NFI ShelterCare who contracts with the Commonwealth of Mass of Middleton & Peabody and had founded KidsCare a program he directed our of ShelterCare that helped counsel at risk youngsters.

In addition to dedicating his life to helping others overcome addiction he spent time assisting others wherever he found a need, he was a friend of Bill’s for more than 44 years, and he kept connected to his Waltham Roots by supporting and assisting the Hurley House, the stop for those who are in rccovery, in so many ways.

He loved dancing, and motorcycling. He was a member of the Teamster Horseman Motorcycle Association, Chapter # 10 East.

Jeananne described Richard as her world, while others refer to him as compassionate, A great beacon as the power of example. His family is worried that Dunkin’s Stock price is certain to drop because Richard had to be their best customer !

A Celebration of Richie’s Life will be held Sunday February 2nd at 3 P.M. in the “Mary Catherine Chapel” of the Brasco & Sons Memorial, 773 Moody Street, Waltham. Relatives and Friends are respectfully invited to attend. Visiting Hours on Sunday from 1 – 3 P.M. prior to the Services. In an effort to continue Richie’s good works you are encouraged to make expressions of sympathy in his memory to the Hurley House, c/o M.H.S.A. 50 Prospect Street, Waltham, Ma. 02453. Parking attendants will be on duty.

Posted Jan 30, 2020 at 10:07pm
I was so sorry to here about toughy passing Toughy grew up together what a great guy we had so much fun and laughs together I haven.t seen Toughy in a long time .but my memories were all good May you rest in peace my friend' God bless.
Comment Share
Share via:
TF

The Roche Family purchased flowers for the family of Richard Mahoney.

Airhart family purchased flowers for the family of Richard Mahoney.

Posted Jan 27, 2020 at 10:08pm
Fran. My Sincere condolences to go o the loss of your brother. I know the heartbreak and sadness you are going through in this sad and sorrowful time. May be too in the arms of an angel. Lorraine Pelletier
Comment Share
Share via: 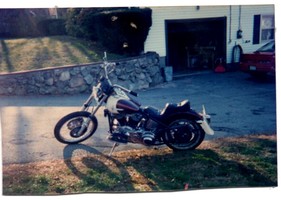 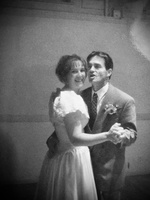 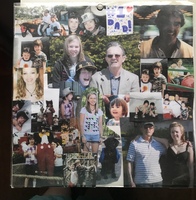