To share your memory on the wall of Louis Giudice, sign in using one of the following options:

Provide comfort for the family of Louis Giudice with a meaningful gesture of sympathy.

Print
Louis Oliver “Happy” Giudice died peacefully at his home after a brief illness on Tuesday, January 22 in Belmont, Massachusetts at the age of 102. He was surrounded by his loving family.

Louis is survived by his wife, Ann; his six d... Read More
Louis Oliver “Happy” Giudice died peacefully at his home after a brief illness on Tuesday, January 22 in Belmont, Massachusetts at the age of 102. He was surrounded by his loving family.

Louis is survived by his wife, Ann; his six daughters, Lucia Giudice of Chicago, Christina Gaynor of Stratham, New Hampshire, Linda Lehner of Boxborough, Gilda (Gigi) Lengieza of Stow, Fran Elwell Ventura of Watertown and Anita Catalano of Nashua, New Hampshire; and his sister, Genetta Giudice, of Boston’s North End as well as 16 grandchildren and eight great grandchildren and many nieces and nephews. He is preceded in death by his brother Nick Giudice of Boston’s North End, sisters Linda Capodilupo and Gilda Siciliano of Newton and his son Mario Zito of Belmont.

Louis was born Luca Olivio Giudice on October 5, 1917 in Boston’s North End to Michael and Lucia Giudice. He changed his name to Louis Oliver when he started school. He married Ann in 1961. Louis worked on the construction of the Mystic River Bridge and at P. K. Lindsay in Everett making air compressors. In later years, he did maintenance work for the Town of Belmont and the Hill Estates apartment complex, also in Belmont.
Louis was accomplished at a wide variety of hobbies, including woodworking and painting. On weekends, he could often be found doing repairs on the apartment where he grew up in Boston’s North End. He was a witty individual who loved to tell stories and jokes. He was also passionate about politics. He was a proud Democrat and always advocated for helping the poor and disadvantaged. He was a voracious reader and enjoyed debating current events. He was extremely proud of his Italian heritage. He valued his family above all else. He will be missed terribly by his family and countless friends.

Visiting Hours in the Brasco & Sons Memorial Funeral Home, 325 Trapelo Rd., BELMONT on Monday, January 27 from 4 - 8 PM. A Mass of Christian Burial in celebration of Louis Life will be held at St. Luke’s Church, 132 Lexington St., Belmont at 9 AM with a reception at St. Luke’s Parish Hall at 2 PM after the burial at Holy Cross Cemetery in Malden. All are welcome to attend and celebrate his life.

The family would like to thank the nursing assistants and hospice staff for their care and dedication to the care of their husband and father.
Read Less

Posted Jan 27, 2020 at 11:43am
I have such fond and clear memories of Lou from his time at the Wellington School in Belmont. I worked there for a while, in the mid-70's, and my children attended the school as well. What I remember best are the wonderful political discussions he and I had. We were always on the same page politically, and Lou was as well informed as anyone I knew about current issues. I'm sorry to learn of his passing, but delighted to know that he lived for 102 years among us. Joan Kerzner
Comment Share
Share via:
HS

Flowers were purchased and a memorial tree planted for the family of Louis Giudice. Send Flowers

Posted Jan 27, 2020 at 02:12am
Lou you told me once you have harrassed enough people here on earth maybe your going upstairs to start on all of them. I'm never going to forget you. 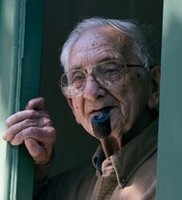