To share your memory on the wall of Reynaldo Ramirez, sign in using one of the following options:

Provide comfort for the family of Reynaldo Ramirez with a meaningful gesture of sympathy.

Was called home to Heaven with his family surrounding him when he passed away Sunday morning at his Waltham home with his wife Vanessa ( Toledo ) Ramirez holding his hand.

Was called home to Heaven with his family surrounding him when he passed away Sunday morning at his Waltham home with his wife Vanessa ( Toledo ) Ramirez holding his hand.

Born in Puerto Rico January 6th 1979 he came to Waltham as a young boy and attended Waltham Schools.

Rey was considered a leader and warrior for all things good, who held his friends and family close known to be outgoing and social you could say there were no strangers to Ray they were just friends he had not met yet.

Although Reys favorite color was Red but one of his favorites team were Red as in Red Sox and also loved the Patriots, a faithful supporter both in their best seasons and when they struggled. He also enjoyed Music both modern day & Christian music and Dancing, his favorite animal was them Lion.

I guess you could just say Rey loved people, his chosen work always involved meeting new people and old acquaintances when he worked at Valvoline Auto Service Center on Main Street and his Barbering career in these past few years.

In addition to his wife Vanessa Toledo, he is survived by his parents Victor Manuel Ramirez of Puerto Rico and Edith Marrero of Waltham, his daughter Nathalia Montijo of Rhode Island, His sisters Brenda Ramirez & Dyana Gracia both of Florida, his brother Jose’ "Tatito" Ramirez of Florida, 4 Nieces and 4 Nephews and many Aunts and Uncles and Cousins.
His special cousins Wigber and his close friends Edgardo & Ely.

A Celebration of Rey’s Life will held Thursday Morning at 9:00 a.m. from the Brasco & Sons Memorial 773 Moody Street, Waltham with a Mass of Christian Burial at Saint Mary’s Church, 145 School Street Waltham at 10:00 A.M. Interment will follow at Mount Feake Cemetery, Waltham. Relatives and Friends are respectfully invited to attend. Visiting hours will be in the “Mary Catherine Chapel” of the Brasco & Sons Memorial, 773 Moody Street, Waltham on Wednesday 4-8 p.m. Parking attendants will be on duty.

We encourage you to share your most beloved memories of Reynaldo here, so that the family and other loved ones can always see it. You can upload cherished photographs, or share your favorite stories, and can even comment on those shared by others.

your friends at b.Luxe hair and makeup studio sent flowers to the family of Reynaldo "Rey" Ramirez.
Show you care by sending flowers

your friends at b.Luxe hair and makeup studio

your friends at b.Luxe hair and makeup studio purchased flowers and planted a memorial tree for the family of Reynaldo Ramirez. Send Flowers Posted Nov 19, 2019 at 11:51am
Rey, Jesus called you home to free you of the pain and suffering. You were such a wonderful friend to many including me. You touched a lot of peoples lives with your great personality. You will be missed dearly. To the Family and Vanessa (wife) words cannot describe enough how sorry I am for your loss. My deepest heartfelt condolences and prayers to you all. I pray you find peace and comfort during this difficult time 🙏
Comment Share
Share via:
HS

Flowers were purchased for the family of Reynaldo Ramirez. Send Flowers

Posted Nov 19, 2019 at 07:11am
I didn't really know you that well but one thing I know you touch the hearts of alot of people especially my nephew Anthony. R. I. P. God has gain another angle.
Comment Share
Share via: 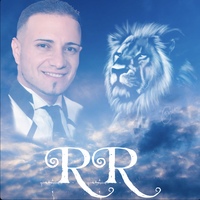