To share your memory on the wall of Helen Sullivan, sign in using one of the following options:

Of Waltham died Monday evening at Newton Wellesley Hospital after a period of illness.

Born in Waltham she lived many years in the South End of Boston with her husband and ten children... Read More
Helen Elizabeth ( Keefe ) Sullivan 91,

Of Waltham died Monday evening at Newton Wellesley Hospital after a period of illness.

Born in Waltham she lived many years in the South End of Boston with her husband and ten children. In 1970 she returned to Waltham to be with her children and stayed the remainder of her years.

Helen worked as an executive secretary having been employed at Panametrics and Thermologic Companies.

Helen’s husband John E. Sullivan died tragically at a very young age in a construction accident, and the loss of her daughter she was left to raise and provide for her remaining nine children, and she so enjoyed any and all the time spent with her family together.

Helen enjoyed decorating for every holiday. Preparing the turkey, fixings and many pies for Thanksgiving. Christmas brought the
Fresh Balsam fur with garland and an Angel on top. Halloween was always trick or treating for all the children and generations. St Patrick’s Day she was strong to show her Irish culture. She was extremely proud of her Irish Heritage.

She truly enjoyed game shows, watching Golf and Nascar, but her devotion and support of her Boston Red Sox was unsurpassed. Helen loved Light Houses and the seasons but her favorite was the Fall.

A funeral service in Celebration of Helen’s life will be held in the Mary Catherine Chapel of the Brasco & Sons Memorial, 773 Moody Street, Waltham on Friday at 11 a.m. Interment will follow in the family lot at Mount Feake Cemetery, Waltham. Relatives are Friends are invited to attend. Parking attendants will be on duty.
Read Less

To send flowers to the family or plant a tree in memory of Helen Elizabeth Sullivan (Keefe), please visit our Heartfelt Sympathies Store.

We encourage you to share your most beloved memories of Helen here, so that the family and other loved ones can always see it. You can upload cherished photographs, or share your favorite stories, and can even comment on those shared by others.

Posted Nov 27, 2019 at 10:27am
The staff of the American Cancer Fund at www.AmericanCancerFund.org is sorry to hear of Helen’s passing. We have received a memorial donation in her name and our sincere condolences go out to her family.
Comment Share
Share via:
HS

Flowers were purchased for the family of Helen Sullivan. Send Flowers

Posted Nov 07, 2019 at 04:59am
Wishing you peace to bring comfort, courage to face the days ahead and loving memories to forever hold in your hearts. 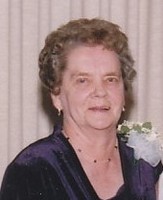 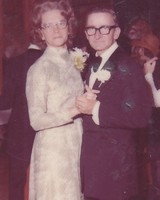