To share your memory on the wall of Leonid Feldman, sign in using one of the following options:

Print
Of Newton, passed away peacefully Friday morning October 18th, 2019 at the Brigham & Women's Hospital in Boston at the age of 64.

Born on January 27, 1955 in Tashkent, Uzbekistan; son of Peter Feldman and the late Rachil (Nalyan) Feldman... Read More
Of Newton, passed away peacefully Friday morning October 18th, 2019 at the Brigham & Women's Hospital in Boston at the age of 64.

Born on January 27, 1955 in Tashkent, Uzbekistan; son of Peter Feldman and the late Rachil (Nalyan) Feldman, Len was raised and educated in Uzbekistan where he studied engineering. He immigrated to the United States as a young man residing in Brooklyn, New York for many years before moving to Brookline, Massachusetts and then to Newton, Massachusetts for the past 20 years.

Len was employed as a Software Designer throughout his life. He had been employed at Morgan Stanley Bank at the World Trade Center in New York, State Street Bank in Boston and most recently with Citizens Bank in Rhode Island.

He had a passion for the outdoors and loved traveling every year to North Carolina to go Wind Surfing and Colorado for skiing with family and friends. Len also enjoyed playing Tennis and Cycling. He cherished all the moments spent with both his grandchildren Mark and Laura; his greatest enjoyment came from the times he took care of his grandson Markie and how much fun they had together each and every weekday morning.

Len is survived by his beloved wife of 44 years Tatyana (Kukoleva) Feldman; his devoted son Mark Feldman and his wife Sabrina (Pescosolido) Feldman of Newton; his cherished grandchildren Mark Franklen Feldman and Laura Marie Feldman who called him "Deda"; his loving father Peter Feldman of New York City; his sister Inna Feldman and her husband Boris of New York; and his niece and nephew Sasha and Sofia.

Relatives & friends are respectfully invited to a attend a Funeral Service in celebration of Leonid's Life in the Mary Catherine Chapel of Brasco & Sons Memorial, 773 Moody Street, WALTHAM on Tuesday morning Oct. 22nd at 10:30. Burial will follow at Newton Cemetery. Visiting Hours will be held in the Brasco & Sons Memorial Funeral Home on Monday Oct. 21st from 4 - 7 p.m.
Read Less

To send flowers to the family or plant a tree in memory of Leonid "Len" Feldman, please visit our Heartfelt Sympathies Store.

We encourage you to share your most beloved memories of Leonid here, so that the family and other loved ones can always see it. You can upload cherished photographs, or share your favorite stories, and can even comment on those shared by others.

Posted Oct 21, 2019 at 08:29am
Please accept our heartfelt condolences for your loss... with deepest sympathy, Mary, Cadillac, Scott and your friends at Beasley Media Group 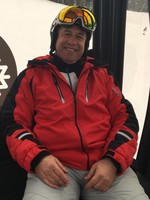 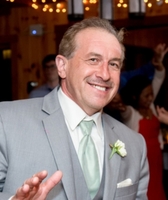