To share your memory on the wall of Lucas Taddeo, sign in using one of the following options:

Of Waltham, passed away unexpectedly on Monday October 14th, 2019 in Newton - Wellesley Hospital at the age of 81.

Of Waltham, passed away unexpectedly on Monday October 14th, 2019 in Newton - Wellesley Hospital at the age of 81.

Born on August 10, 1938 in Newton; son of the late Lucas A. Taddeo Sr. and Concetta (Giacci) Taddeo, Tad was raised in Newton and spent many years before moving to Waltham where he spent most of his life.

A graduate of Newton Trade School, Tad worked for the City of Newton Public Works Department as a Heavy Equipment Operator for 27 years. After leaving the City of Newton; Tad went to work for the Town of Bedford as a Custodian for the Facilities Department. He was a hard worker who took great pride in all that he did.

Tad gave of himself in anyway possible to help others. He was charitable in so many ways. He donated his time and energy to the church and many local charitable organizations. He had been a longtime member of the Knights of Columbus

He had a passion for playing the saxophone; and for years played in the American Legion Soft Touch Band.

His family, his friends and most especially his faith were the most important aspects of his life. He was an active and devoted member of Sacred Heart Parish community and for many years Saint Charles Borromeo Parish. He had a strong faith in his God and would recite the Rosary daily.

Most recently Tad was living on Moody Street in the Mill and many referred to his as the "Mayor of the Mill" because of his outgoing personality and nature. He truly loved people.

Tad was married to his amazing and beloved wife Phyllis on September 19, 1959.

He was predeceased by several siblings.

Relatives & Friends are respectfully invited to attend Funeral Services in celebration of Lucas Life from the Brasco & Sons Memorial Funeral Home, 773 Moody Street, WALTHAM, on Monday morning Oct. 21st at 10:00 a.m. with a Mass of Christian Burial at Sacred Heart Church, 311 River Street, Waltham at 11:00 a.m. Interment will follow at Mount Feake Cemetery in Waltham. Visiting Hours will be held in the Funeral Home on Sunday Oct. 20th from 2 - 6 p.m.

In lieu of flowers expressions of sympathy may be made in Tad's memory to the Juniper House, 14 Newtonville Ave, Newton, MA 02458 or the Nonantum Children's Christmas Party Assoc., PO Box 12, Newton, MA 02495
Read Less

To send flowers to the family or plant a tree in memory of Lucas A. "Tad" Taddeo Jr., please visit our Heartfelt Sympathies Store.

We encourage you to share your most beloved memories of Lucas here, so that the family and other loved ones can always see it. You can upload cherished photographs, or share your favorite stories, and can even comment on those shared by others.

Love, Max sent flowers to the family of Lucas A. "Tad" Taddeo Jr.
Show you care by sending flowers

Posted Oct 26, 2019 at 07:50am
Mr. Taddeo always had a big smile and big hello when he visited us when I worked at Davis or when I saw him around Bedford. He will be missed! The apple didn’t fall far from the tree with his great son Lucas III. An amazing family. My sincerest condolences to you all. Ellen Ryan
Comment Share
Share via:
MS

Posted Oct 24, 2019 at 12:28pm
To Tad’s Family
I knew Tad from when I coached at Bedford High, he was a wonderful funny man who always made your day brighter - he often talked about all of you and what a lucky guy he was!! RIP Tad you will be missed
Maureen Sullivan
Comment Share
Share via:
SF

Posted Oct 22, 2019 at 02:04pm
Dear Phyllis and Family
My thoughts and prayers are with you on the passing of Lucas.May God comfort you as you mourn. My name is Sue Furman and I live at 190 Moody Street and saw Tad everyday.R.I.P
Lucas(Tad)Taddeo.
Comment Share
Share via:
DC

Posted Oct 22, 2019 at 01:15pm
I will miss our talks sitting on the steps in our parking lot. My Prayers and sympathies for the entire Taddeo Family
Deborah Chiavaras
Comment Share
Share via:
CM

Posted Oct 22, 2019 at 11:27am
Phyllis,
Bobby and I send our prayers to you and your family. May all the good memories you and Tad had over a long and fruitful lifetime bring you peace. Let them heal your heart. Know you are loved by so many. So many blessings.
With love and respect,
Carol and Robert Martin
Comment Share
Share via: 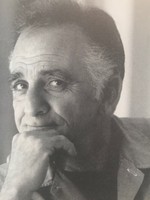