To share your memory on the wall of Marc Gautreau, sign in using one of the following options:

Print
Of Pepperell formerly of Waltham & Ayer, died tragically on Thursday, October 3rd, 2019 after injuries sustained in a motor vehicle accident while at work delivering for UPS. He was 51 years old.

Born on January 8, 1968 in Waltham; Belo... Read More
Of Pepperell formerly of Waltham & Ayer, died tragically on Thursday, October 3rd, 2019 after injuries sustained in a motor vehicle accident while at work delivering for UPS. He was 51 years old.

Born on January 8, 1968 in Waltham; Beloved son of Amedee C. Gautreau of Waltham and the late Marie Therese (Gallant) Gautreau. Marc was raised, educated and lived most of his life in Waltham, before moving to Ayer and most recently to Pepperell.

A graduate of the Waltham Vocational High School Class of 1988; Marc had a diploma in Auto Body Training and furthered his education at PPG in Pawtucket, Rhode Island for finish silver stage paint training. From 1988 until 1999, Marc was employed by Regan & Stapleton Lincoln-Mercury in Wellesley as a First-Class Body man where he was promoted to Assistant Manager. He then went to work for Three Sons Auto Body in Waltham, doing shop prep and also worked as a painter from 2000 to 2001.

In 2002, Marc began working for UPS as a Package Sorter. He later moved on to become a Supervisor for the Metro-Primary Unload and eventually would work in the field as a Package Carrier throughout the Metro-West and Boston areas. Working for UPS was a job he truly loved. He loved this job because it enabled him to interact with the customers. Marc was always wanting to be helpful to anyone in need, to be a friend to everyone he met and to always share a story and a smile with his customers along his route. He had a generous spirit and would give of himself in any way possible.

Marc was a member of the Teamsters Union Local #25; the Ayer Gun & Sportsman Club and the French American Victory Club in Waltham.

Marc’s outgoing personality and love of the social life atmosphere led him to bartend at the French- American Victory Club in Waltham for many years. He was very proud of his French-Canadian heritage. Socially he also loved sharing many of his thoughts both political and in general on Facebook. He had a love of guns and had a passion for riding his Harley motorcycle. He enjoyed rebuilding antique cars and working as a handyman on his many home improvement projects.

For Marc there was absolutely nothing more important in this world than his family. He cherished each and every moment spent with his parents, siblings, and especially time spent with his nephews and extended family. He had a special bond with his mother, Marie Therese; who was right there to greet Marc the day God called him home. In all, Marc Gautreau loved and lived life to the fullest; even if it was cut tragically short at the age of 51. He will be deeply missed by those that knew and loved him.

Marc was predeceased by his mother Marie Therese and is survived by his beloved father Amedee; his devoted & loving siblings Rachel M. Gautreau-Hewes and her companion Craig Gilbert of Maine; and Waltham Fire Lieutenant Guy T. Gautreau and his wife Jill of Waltham; his cherished nephews Nickolas and Mason; and numerous aunts, uncles and cousins both local and in Canada.

Relatives & Friends are respectfully invited to attend Funeral Services in celebration of Marc's Life from the Brasco & Sons Memorial Funeral Home, 773 Moody Street, WALTHAM, on Saturday morning Oct. 12th at 9:30 a.m. with a Mass of Christian Burial at Sacred Heart Church, 311 River Street, Waltham at 10:30 a.m. Visiting Hours will be held in the Funeral Home on Friday Oct. 11th from 4 - 8 p.m.

In lieu of flowers expressions of sympathy may be made in Marc's memory to the Alzheimer's Assoc., 309 Waverley Oaks Rd, Waltham, MA 02452
Read Less

To send flowers to the family or plant a tree in memory of Marc J. Gautreau, please visit our Heartfelt Sympathies Store.

We encourage you to share your most beloved memories of Marc here, so that the family and other loved ones can always see it. You can upload cherished photographs, or share your favorite stories, and can even comment on those shared by others.

Mark and Terry sent flowers to the family of Marc J. Gautreau.
Show you care by sending flowers

Posted Oct 17, 2019 at 03:54pm
Marc would deliver to the Marlboro transfer station everyday. I only got to know him for a month but he was always full of smiles and would talk with me for a few extra mins before leaving. For the short time that I knew him, he made a big impact on my heart when I learned of his passing. He is now in the comfort of the Lord, I send my love and prayers to his family.
Comment Share
Share via:
DD

Posted Oct 14, 2019 at 02:13pm
Marc delivered to Watertown Savings Bank for many years. He always had a smile and a quick friendly conversation with all of us at the Waltham Center Branch. Marc's love for his family was clear, and his good heart, obvious. I send my sincere condolences to Marc's sister, brother, and the greater Gautreau Family.
David DeMarco

Posted Oct 14, 2019 at 11:08am
Sending my deepest sympathy to Marc's family at this incredibly sad time. I was working at Countryside Village in Marlborough and looked forward to seeing Marc every work day. He was a wonderful man who loved his family. We chatted about our Dads being in nursing homes and about missing our Mothers. He was a gentleman and a friend who always made me smile. I am so very sorry and upset that he died the way he did. UPS lost an outstanding employee, and the physical word we live in lost a bright star. Gone way too soon, may you rest in peace, Marc. Your kind words and beautiful spirit will live on. You will not be
forgotten.

I wish to extend my sympathy to all!
As a coworker i referred to him as the French
Vanilla Bean. A High Maintenance driven to succeed in all endeavors.

His outstanding dedications love for his parents and dog Sadie.

As well is quick wit sense of humor that would create a true belly laugh, who would recount all names of stories shared with him.

I am grateful for the extended friendship &
His support when required.

Trying to complete this without additional tears is most difficult glad its not paper.

To my friend i will follow your advice to remember all the good not your present location for when our room has been prepared all of us will be called home!

Loving you around the world & back again,
Rest in Peace.

Posted Oct 12, 2019 at 06:08am
Sincerest condolences to the family. So sorry to hear of Marc's passing. Went to school with Marc and he was our UPS delivery guy for many years..He always had a big smile. He will be missed. xo
Mike & Kara Richard
Comment Share
Share via: 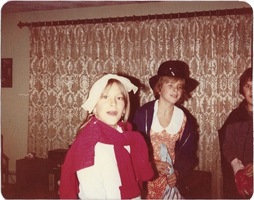 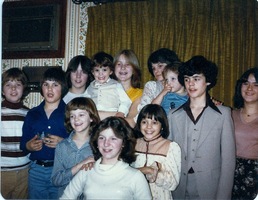 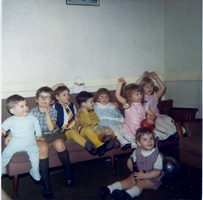