To share your memory on the wall of John Corcoran, sign in using one of the following options:

Of Waltham, passed away unexpectedly on Saturday May 29th, 2021 at Saint Elizabeth's Medical Center in Boston at the age of 69.

Of Waltham, passed away unexpectedly on Saturday May 29th, 2021 at Saint Elizabeth's Medical Center in Boston at the age of 69.

Born October 26, 1951 in Cambridge; son of the late John A. Corcoran Jr. and Elizabeth (Muldoon) Corcoran, Jack was raised in Belmont and has been a resident of Waltham for the past 40 years. For years the family spent many summers at York Beach in Maine.

A graduate of Belmont High School with the Class of 1971, Jack had been employed as a Concrete Truck Driver with McNamara Concrete of Allston for many years. He was a longtime member of the Teamsters Local #379.

Jack had a passion for riding his Harley Davidson Motorcycle everywhere; and was known as the "Road Captain" of his motorcycle club. He loved to travel all over on his bike and in his F100 Ford pickup truck.

He was outgoing, selfless in every way and always looking to help others. His kindness, his gentle and generous nature made a permanent mark in lives of those that came to know him throughout his life.

He was predeceased by his beloved wife of 35 years Patricia Marie "Patti" Corcoran in 2016. They are reunited in heaven to share their love for one another again.

Jack is survived by his devoted sons Peter Austin Corcoran of Waltham and John Austin “Jake” Corcoran IV of Waltham; his cherished granddaughter Tess Corcoran and his dear in-law's Camille and Lee Sacco of Oxford and Mary Ann Parrella and Bob Parrella of Rehoboth. In addition he is survived by many adoring nieces and nephews.

Relatives & Friends are respectfully invited to attend Funeral Services from the Brasco & Sons Memorial Funeral Home, 325 Trapelo Road, BELMONT on Friday morning June 4th at 9:00 a.m. with a Mass of Christian Burial in celebration of Jack’s Life at Saint Luke’s Church, 132 Lexington Street, Belmont at 10:00 a.m. Burial will follow at Saint Patrick's Cemetery in Watertown. Visiting Hours will be held in the Funeral Home on Thursday June 3rd from 4 – 8 p.m. Parking attendants will be on duty.

Flowers are appreciated or expressions of sympathy may be made in Jack’s memory to the charity of one's choice.
Read Less

To send flowers to the family or plant a tree in memory of John Austin "Jack" Corcoran III, please visit our Heartfelt Sympathies Store.

The Finleys, The Umbro Family, and other have sent flowers to the family of John Austin "Jack" Corcoran III.
Show you care by sending flowers

Posted Jun 03, 2021 at 01:13pm
Jack was a caring, thoughtful soul who loved his family and was a joy to spend time with. His passing is a great loss. With heartfelt condolences,

3 trees were planted in the memory of John Corcoran

Posted Jun 04, 2021 at 08:32am
So sorry to learn of Jack's passing. Although I knew him only a short while, I feel honored to have known a great man. Rest easy Jack and back together with the Love of your life...Our deepest condolences and prayers to the entire Corcoran family.
Joe Fournier (& the staff of JFF Design)
Comment Share
Share via:
PG

Posted Jun 03, 2021 at 09:57pm
It is with deep sadness that I hear of your passing we go back along time and I always heard of your life activities thru Sarah, may you rest in the arms of Patti.
Comment Share
Share via: 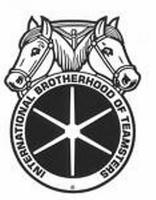