To share your memory on the wall of Henry Gardner, sign in using one of the following options:

While searching for a position that would allow him to use his college degree, Henry started working for the U.S. Post Office as a seasonal employee. After many years, he became a permanent temporary worker. He filled many positions, from working outdoors as a mail carrier to running the large sorting machines in Boston.
After his mother’s death in 2014, Henry stopped working at the Post Office to devote time to finalizing her estate as executor. During this time, he also developed health problems, which prevented him from going back to work.

Henry had a very quiet manner and a wonderful dry sense of humor. He was good at springing a bad pun or one-liner with no warning except a slight grin. He could be talked into playing endless games of Rummy 500 and enjoyed getting together with the family for gaming nights. He had a kind heart, a shy smile, and lots of patience.

Henry is survived by two brothers, a half-sister, four half-brothers, four nieces and two nephews, two great-nephews, and their families.

Relatives and friends are respectfully invited to attend visiting hours at the Brasco Memorial Chapels, 773 Moody St., Waltham, Saturday, May 18, 2019 from 3-5 pm. Parking attendants will be on duty.

There are no events scheduled. You can still show your support by sending flowers directly to the family, or planting a memorial tree in memory of Henry R Gardner.
Plant a Tree

We encourage you to share your most beloved memories of Henry here, so that the family and other loved ones can always see it. You can upload cherished photographs, or share your favorite stories, and can even comment on those shared by others.

The Jewiss family purchased flowers for the family of Henry Gardner.

Bill & Dorenda Nolte purchased the The FTD Living Spirit Dishgarden for the family of Henry Gardner. 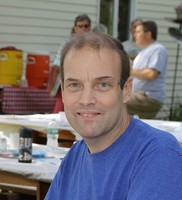 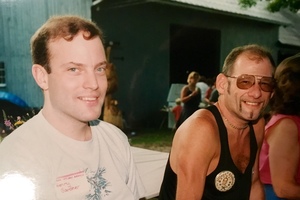 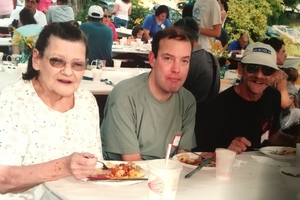