To share your memory on the wall of Robert MacLean, sign in using one of the following options:

Print
Of Newton, passed away peacefully Tuesday morning April 16th, 2019 surrounded by his loving family at the Brigham & Women's Hospital in Boston at the age of 76.

Born on May 27, 1942 in Newton; son of the late Everett and Viola (Norcross)... Read More
Of Newton, passed away peacefully Tuesday morning April 16th, 2019 surrounded by his loving family at the Brigham & Women's Hospital in Boston at the age of 76.

Born on May 27, 1942 in Newton; son of the late Everett and Viola (Norcross) MacLean. Bob was a lifelong resident of Newton.

Bob had been employed with the City of Newton Department of Public Works for over 40 years. He worked for many years at the Newtonville Exxon Gas Station and Johnny Gallagher Garden City Auto Parts for a period of time as well.

His greatest enjoyment in life came from being surrounded by his family & friends; he was charitable in so many ways, always giving of himself to help others. He enjoyed collectibles, music and making homemade wine.

He proudly served with the United States Navy.

He is survived by his devoted & loving children; Robert J. MacLean and his wife Karen of Framingham, Katherine J. Barrile and her husband Michael of West Newton, Michael E. MacLean and his wife Tracy of Norwood, and Stephanie M. Evans and her husband Todd of Medford, his cherished grandchildren Ryan, Robyn, Mikee, Marissa, Kate, Alana, Maggie, Ella, Olivia and Michael; his adoring great grandchildren Ace and Everett. In addition he is survived by many nieces, nephews and close friends.

Dear brother of the late Kenneth and Edward MacLean.

Posted Jul 02, 2019 at 09:28pm
Sorry to learn of the passing away of a former neighbor, Bob. Deepest sympathy and hope family and friends will help you during this difficult time.
Sincerely,
Bill and Meredith Chase
Comment Share
Share via:
D

Posted Apr 18, 2019 at 12:35pm
If you are lucky enough to find a friend . I have been so lucky to have Bob and his family as friends. Bob would always make your day better (HE ALWAYS PUT A SMILE ON YOUR FACE) And when you were with him. He would make your day lighter. if a book was written about the things he done for friends and people he didnt know that well. It would be a two volume set. If I wrote a book about the past 65 years of being friends with Bob. It would be an interesting read. (BOB WILL BE MISSED BY MANY) Love you Bob. Frank and Carol Bennett Family
Comment Share
Share via:
F

Posted Apr 18, 2019 at 08:52am
Please accept our most heartfelt sympathies for your loss... Our thoughts are with you and your family during this difficult time. 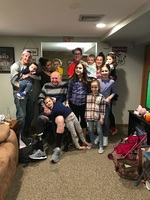 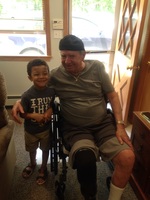 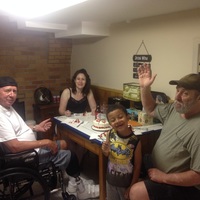