To share your memory on the wall of Louis Sampson, sign in using one of the following options:

Print
Louis J. Sampson, who died April 23, 2021, was born in Watertown, Mass., the son of Margaret (MacClean) and Louis Sampson. His only sibling was his identical twin brother, Douglas, with whom he remained close his entire life.

So clos... Read More
Louis J. Sampson, who died April 23, 2021, was born in Watertown, Mass., the son of Margaret (MacClean) and Louis Sampson. His only sibling was his identical twin brother, Douglas, with whom he remained close his entire life.

So close, in fact, that when his cousin Helen wanted to fix Douglas up on a blind date with her best friend Mary Downing, Louis stepped in when his brother got cold feet. Louis and Mary wed in 1972, first renting an apartment in Cambridge, then eventually buying a little house in Waltham, where Louis was a devoted and loving husband to Mary until her death.

Although the couple had no children of their own, they lived an active, busy life, and were a cherished presence in the lives of Louis’s cousins and their children. They traveled frequently to Canada to visit relatives, they loved cards and cribbage. Louis hunted and fished with his father and brother, and was a passionate follower of the Red Sox, Patriots, and Bruins. He worked in the field of electrical testing; it appealed to his meticulous, analytical nature and love of order. He had a great interest in technology and embraced computers in a way many of his contemporaries did not, even in his later years. He also served six years in the National Guard.

Generally, a quiet man, Louis was famous for letting the lively and vivacious Mary do the talking. But even a small conversation with Louis revealed what a lovely man he was; insightful and observant, with a caring, generous, cheerful soul. He also possessed a very dry, droll wit that was always welcome at family gatherings.

Following the deaths of his dear brother Douglas in 2000, and Mary in 2012, Louis continued to be committed to both his civic and spiritual life. He was a longstanding member of the Knights of Columbus, serving as Treasurer for many years. Deeply religious, he was an active member and tireless volunteer at the Sacred Heart church in Waltham, where he ran the Bingo and 311 Club.

His final years were spent undergoing almost endless treatments for cancer, which he faced, uncomplainingly to the end, with his usual courage, grace, quiet good humor, and optimism.

Louis’s family wishes to thank the Beth Israel Hospital Cancer Treatment Center for their care, and asks for donations on their behalf, in lieu of flowers.

For the safety of those we love and care about during this difficult time, those who wish to pay their respects to Louis and his family can do so in accordance with CDC, federal, state, and local guidelines at the Brasco & Sons Memorial, 773 Moody Street, Waltham, MA, on Tuesday, April 27th from 2 - 4 pm. We ask that friends please be mindful and respectful of the current limitations on social gatherings. For those who wish to pay their final respects but are unable to attend, please be sure to sign the guestbook at www.BrascoFuneralHome.com.

Following the guidelines of the Archdiocese of Boston, family and friends are welcome to gather and celebrate Louis’s life and remember the love he shared with those he touched at a Funeral Mass in Sacred Heart Church at 311 River Street, Waltham on Wednesday, April 28 at 10:00 am. His burial will follow at Mt. Feake Cemetery in Waltham.
Read Less

To send flowers to the family or plant a tree in memory of Louis J. Sampson Jr., please visit our Heartfelt Sympathies Store.

Posted Apr 28, 2021 at 08:17pm
Sorry I found out about Louis passing one day too late to attend anything. Heard about it from My cousin Paul Sampson up in NH.
I love the pictures of Louis senior, the boys and Mary. Mary and my late wife and I were friends. We all worked at Lewis-Shepard in the 60's. I don't know who is family reading this, but my condolences. I have Louis genealogy going back to the 1600's., if anyone
is interested. email is georgewsampson@cs.com.
Cousin George
Comment Share
Share via:
GM

Posted Apr 26, 2021 at 06:01pm
To Lou’s family -
I was heartbroken to learn of Lou’s passing. His obituary was spot on. He was a quiet and proud man who lived a spiritual life dedicated to his wife Mary, his family and to God. His dedication as President of the 311 Club at Sacred Heart Church spanned over 20 years. He never spoke a bad word about anybody or anything. He greeted every member of the 311 Club by name, and more often than not could tell you a member’s number without looking it up. During his long battle with Leukemia he was always trustful of his treatments and that he was receiving the best care. I am very grateful I got to know Lou over the past few years volunteering for the 311 Club. Although he appeared to prefer privacy, I know he enjoyed my company and conversation as I did his. God bless Lou Sampson. Gary Marchese
Comment Share
Share via: 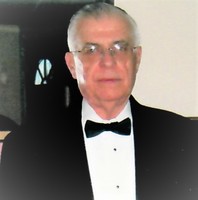