We're sorry but the candle you have selected is currenty in the process of being purchased or has just recently been purchased.

Please feel free to select another candle or check back in 15 minutes to see if the candle you have selected has been released for purchase.

We're sorry but there are no candles available for lighting.

You have already begun a candle purchase session. If you would like to continue with your current candle choice please click "Continue" otherwise please click "Select Another".

In Memory of
Carl Salvatore
Passerello
1953 - 2017
Click above to light a memorial candle.

The lighting of a Memorial Candle not only provides a gesture of sympathy and support to the immediate family during their time of need but also provides the gift of extending the Book of Memories for future generations.

In the event that there is an error
in the information presented,
please contact the funeral
home by clicking here. 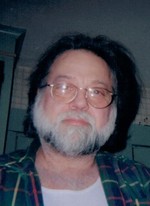 A loving and caring husband and father, Carl is survived by his wife for 43 years, Karen Krahn Passerello. And his three children Kara Passerello, Joseph Passerello, and Kathryne Passerello, and three grandchildren Jake, Benjamin, and Rita Gustafson.

"Carl Passerello was a valued employee at U.S. defense contractor Raytheon for 38 years. Carl worked as a Tool Maker and was a member in the International Association of Machinists and Aerospace Workers (I.A.M.), Local Lodge 1271, starting on February 14, 1979. As a Tool Maker, Carl was directly involved in the manufacturing of fixtures used in everything from missiles, radars and various components requested by the many departments in Raytheon. Carl was very proud of his contributions to the Tool Room and Raytheon as a whole. There was no job too big or small that Carl would not tackle.
Carl was always available for a good story or a good joke, and it was clear to everyone that worked with him that his family was very important to him. Carl was always available to lend a helping hand when he saw a fellow Tool Maker in need. Carl’s knowledge of his trade made him an important member of the Tool Room and a valuable employee of Raytheon"

Carl loved his family, especially his mother. He loved telling stories about her from when he was a child growing up on Newton St. He also loved, The Three Stooges, Fishing with friends and his grandkids. He loved music and listening to the Beatles working with his hands. He was always excited to share what he was building in his shop at work. He loved his cowboys and John Wayne, and often said how he wished he lived during that era. He was a loyal sports fan of all of our Boston sports teams.

Carl was kind and gentle, but strong with an inner strength that only few posses. He was loved greatly by all that knew him and will be so terribly missed.

Relatives and friends are respectfully invited to attend a Memorial Mass in celebration of Carl's life at Sacred Heart Church, 311 River St., Waltham, Monday, November 20, 2017 at 10 a.m. The Brasco & Sons Memorial assisted the family with arrangements.

To send flowers to the family or plant a tree in memory of Carl Salvatore Passerello, please visit our Heartfelt Sympathies Store.

This Book of Memories brings those affected by loss together by encouraging communication and self-expression. By giving friends and family a special place to tell their stories and express their feelings of loss, it helps them care for one another during a very difficult time. Click on any of the links to the right to access features or information within this memorial website.

365 Days of Healing
Grieving doesn't always end with the funeral: subscribe to our daily grief support email, designed to help you a little bit every day, by filling out the form to the right.

52 Weeks of Support
It's hard to know what to say when your loved ones experience loss. Our weekly newsletter provides insights, quotes and messages on how to provide help during the first year.